> I love Star Wars!! I don't really like the prequels or The Last Jedi and Rise of Skywalker or really consider them canon. I also like a lot of the Legends stuff, like the Ewok Adventures movies or Galaxy of Fear. 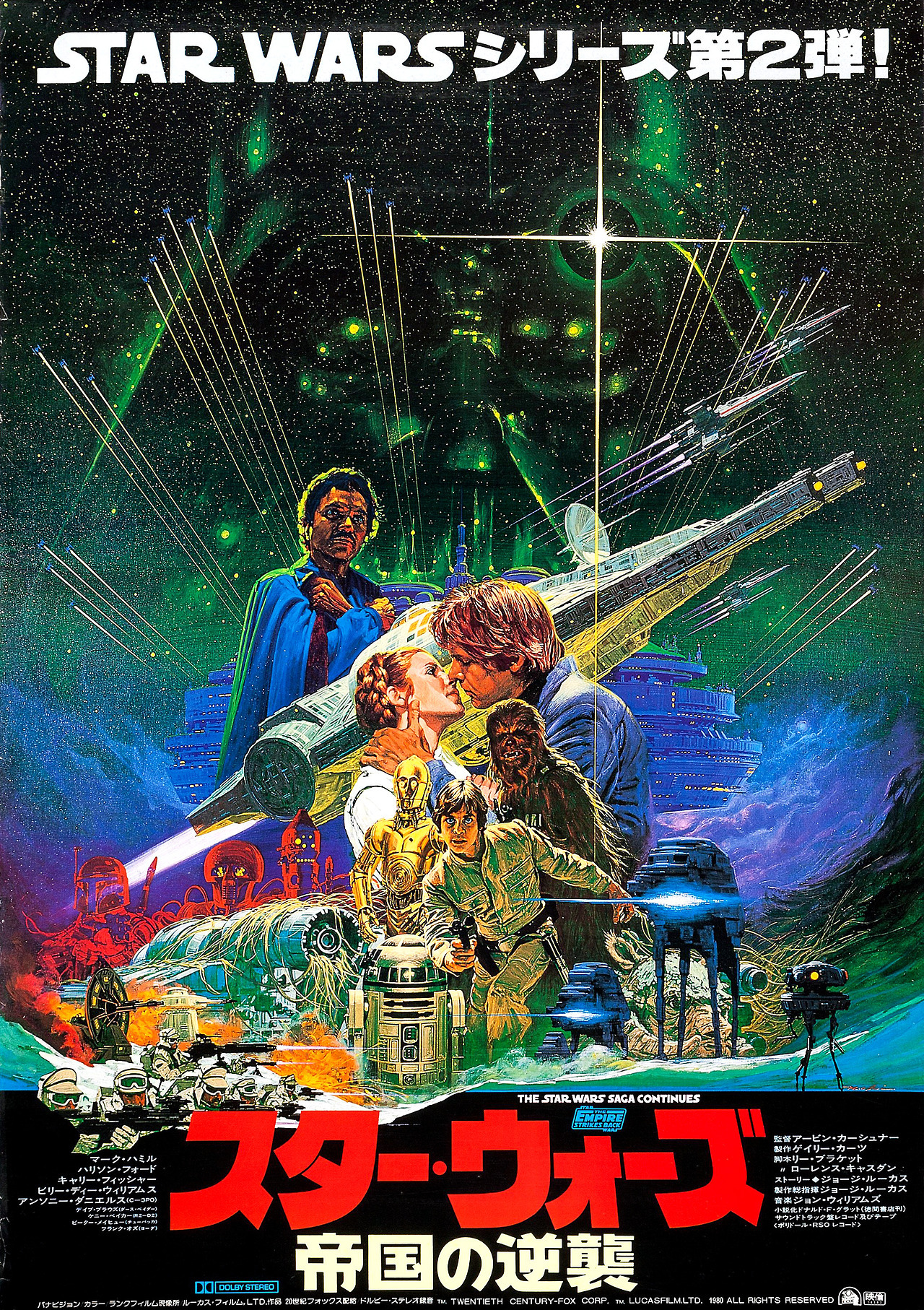 Boba Fett, raised as a son by Jango Fett, one of the most infamous bounty hunters the galaxy had seen - both descended from a being so unstoppable even the sith were afraid of his power... Wobbuffet...

Jedi knight, standing out in the middle of a torrential downpour like a complete dumbass: So, it’s come to this.

Sith lord, likewise getting absolutely soaking wet: We always knew it would end this way.

Both: *activate their lightsabers, and are immediately enveloped in impenetrable clouds of steam*

Say what you will about the Ewoks but they’re the only people in the galaxy who have handrails on their bridges and stairs. 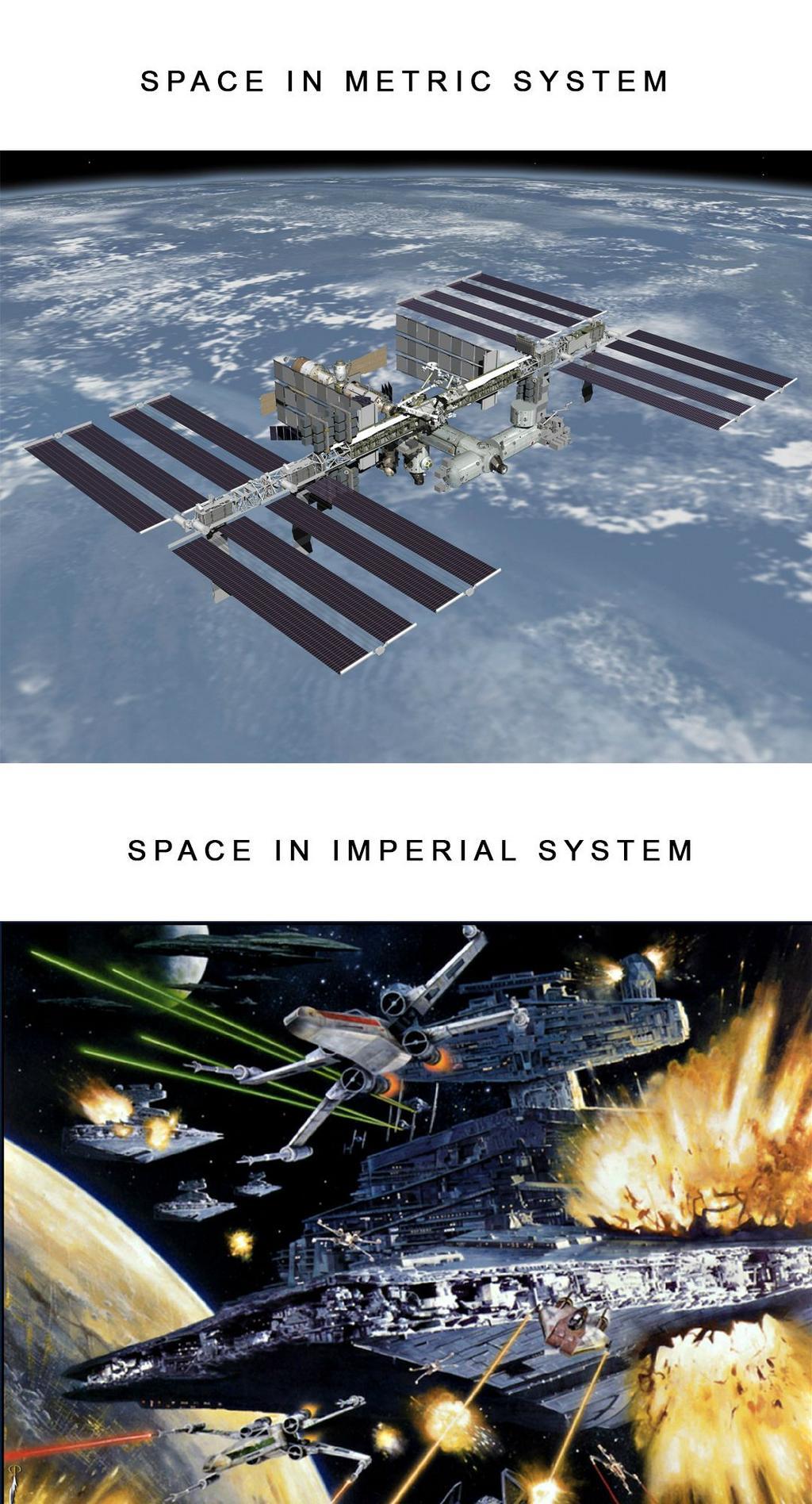 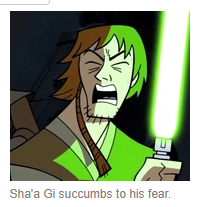 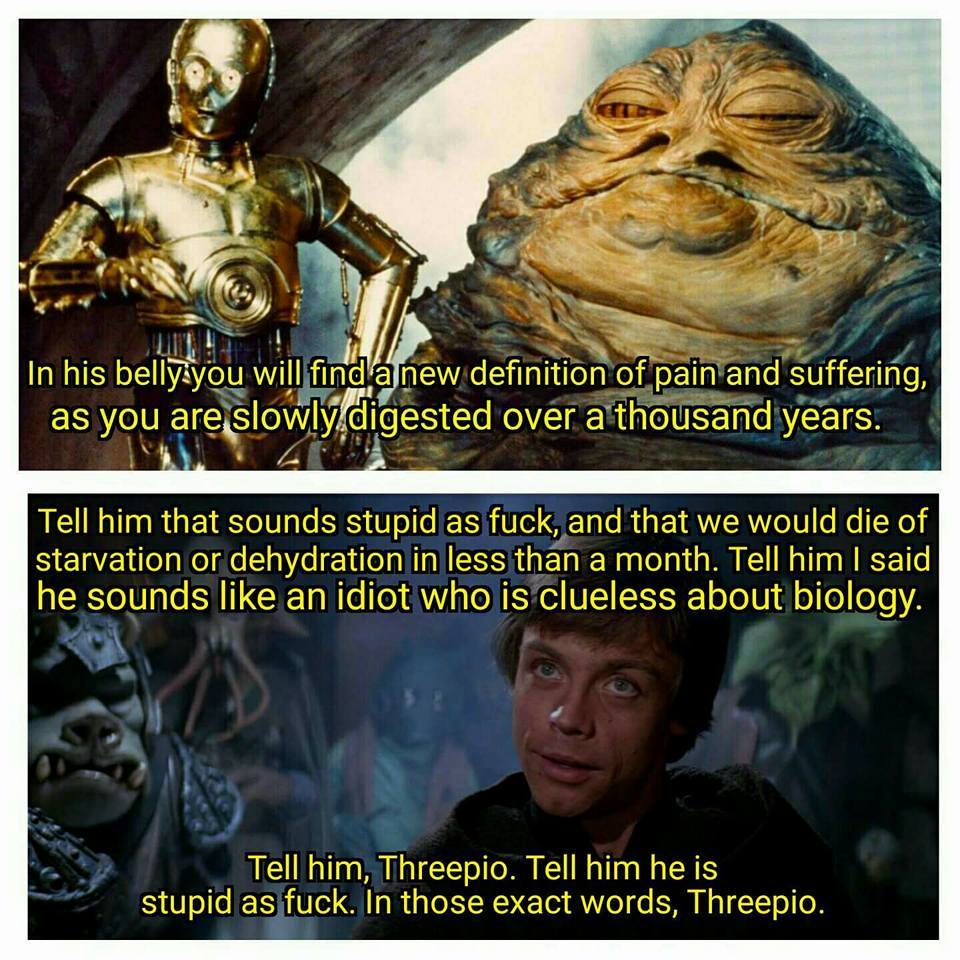 bits of behind-the-scenes star wars trivia i’ve picked up over the years:

deleted scene from The Empire Strikes Back

The most unrealistic thing about Star Wars, a series of science fiction films about magic space priests, is that Padme was five years older than Anakin and didn’t once consider that maybe she could do better. 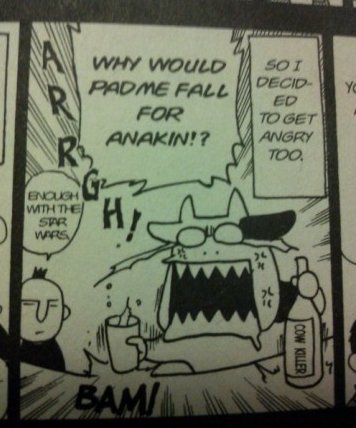 I mean, what did he have to offer aside from his many desirable qualities, like hating sand and an untamable space temper?

That little droid and I have been through a lot together. 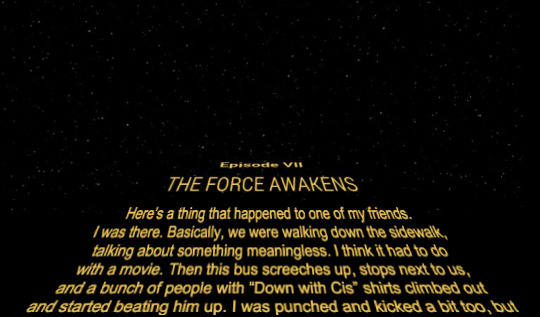 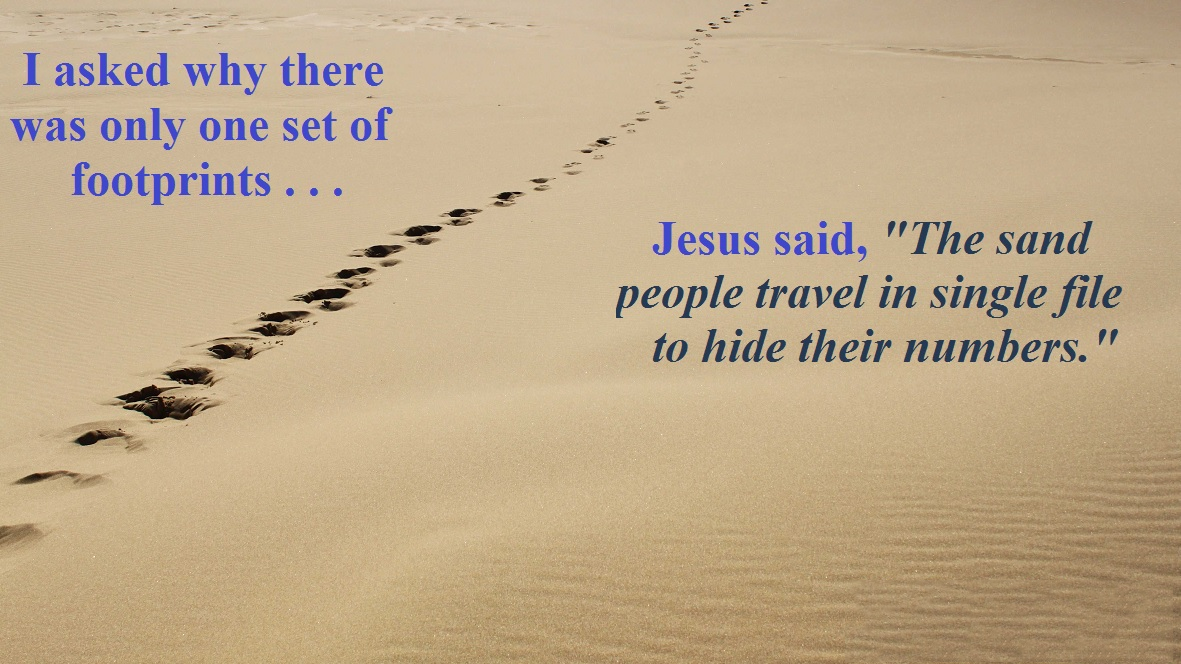 george lucas: if you make gay stuff about my characters i'll sue you
*3 decades later*
george lucas: *sells star wars*
oscar isaac: poe is in love with finn
carrie fisher: obi-wan kenobi is bisexual
mark hamill: luke's sexuality is never addressed in the movies, also he could be trans and even if he isn't he supports trans people because all jedi do 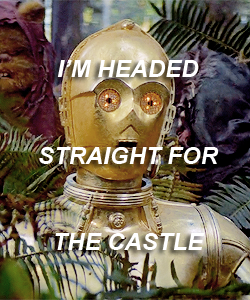 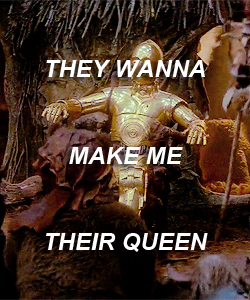 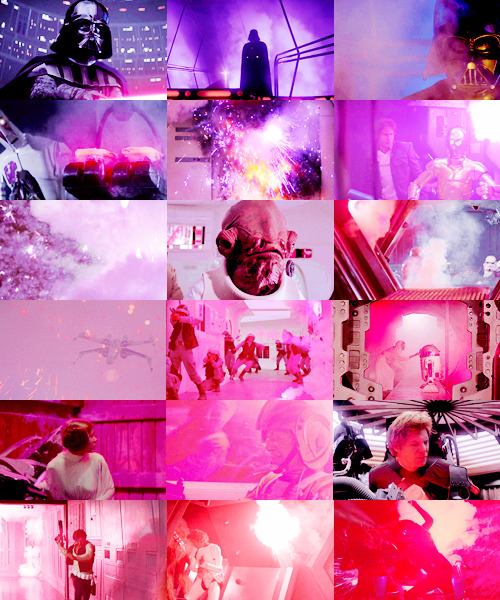 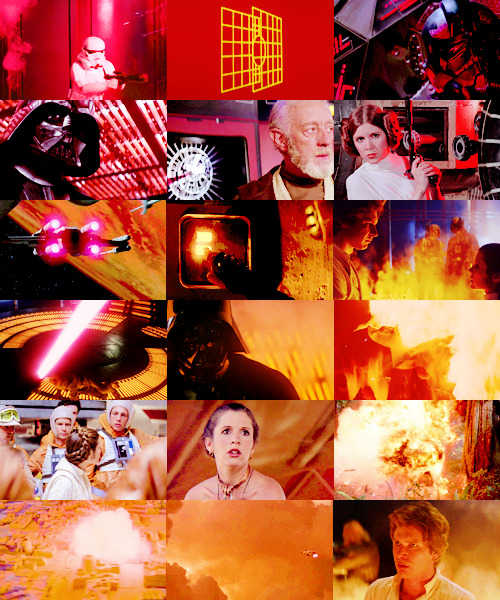 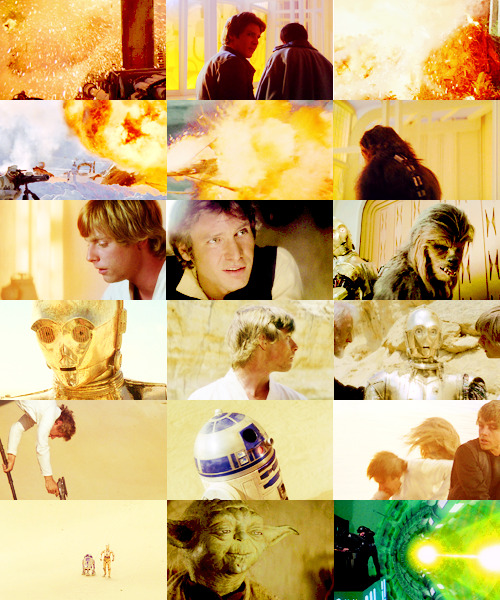 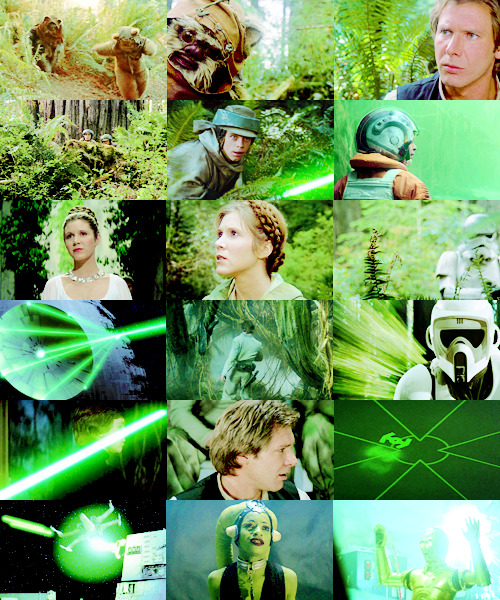 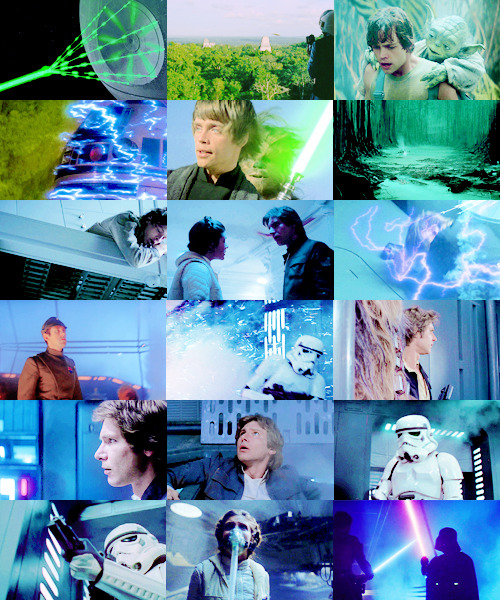 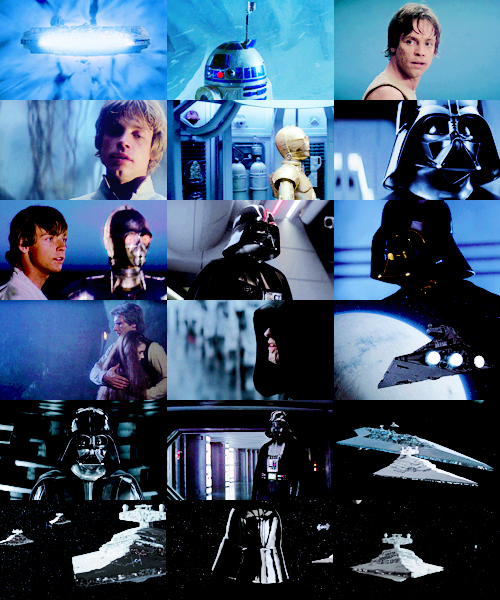 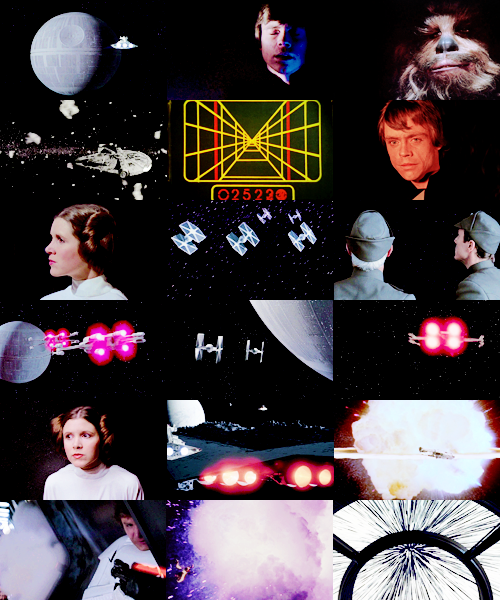 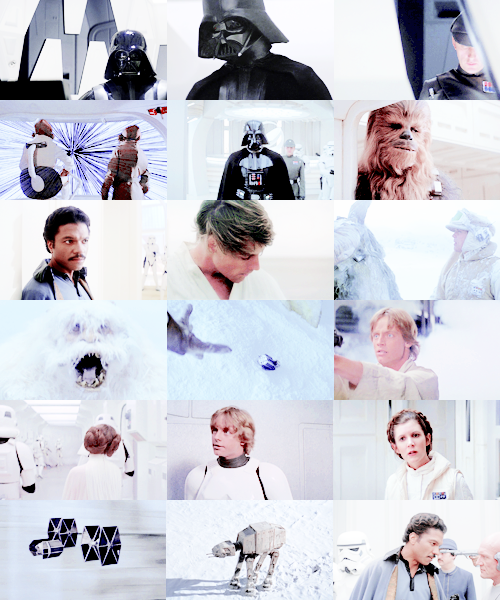 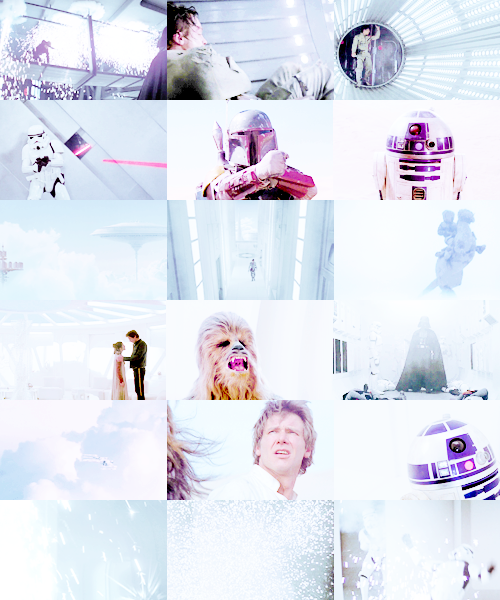 I am C-3PO, human-cyborg relations. And this is my counterpart, R2-D2. 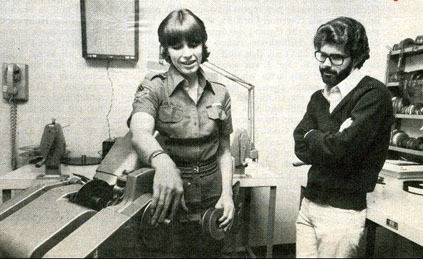 Like everything great, Star Wars came within an ass-hair’s width of being total shit. The first cut of Star Wars was an incomprehensible mess, and it was up to George’s wife and editor, Marcia Lucas, to swoop in and save the day … again.
Actually, Marcia was Lucas’ “muse” through the entire production, if by “muse” you mean “person who had all the good ideas.” It was her idea to kill Obi-Wan (apparently George’s first draft had him just disappearing at one point) and demanded that Lucas keep the “For Luck” kiss scene that would snarl the series up in a knotty mess of incest once the third movie was released. But, most importantly, she’s totally responsible for the Battle of Yavin, also known as The Death Star Trench Run scene, also known as The Part at the End of the Movie Where the Good Guys Win.
The pre-Marcia version has Luke taking two full runs at the exhaust port, no appearance of ghost-Obi-Wan telling Luke to use the force, and -- worst of all -- Han scares Vader away from Luke like 45 freaking minutes before Luke takes his shot at the exhaust port, meaning that the only thing we're worried about happening in that scene is Luke missing and having to take the same shot for a goddamn third time. A pretty good rule for filmmaking is that if the biggest threat in your movie is the runtime, then the drama isn't really working.
Basically, without Marcia the movie never would've caught on as anything but another forgettable '70s schlock adventure with a better-than-normal soundtrack, but she was completely written out of Star Wars history by a messy divorce shortly after Empire Strikes Back was released.

Lando doesn’t get nearly enough credit for being this actually incredibly compassionate and empathetic person. I mean, in a lot of ways his character arc mirrors that of Luke and Leia - he’s just lost his world and his people, and he’s not sure what will happen to them or if all or even some of them will make out of Bespin alive and safe. He did his absolute best to save them, but the thing is Cloud City was his home, his world, he cared about it, he loved it, he loved his people, and now he’s lost all that. But he’s still there, focusing on what he can save, helping and offering comfort to Luke and Leia (neither of whom he actually knows), watching the life he’s built for himself go up in smoke and just letting it go, because there are people who need his help.
Lando’s the responsible one. He says it as a joke to Han, but he really is. There’s a lot more to his character than just the scoundrel. And I just love him so, so much.

The parallels between Finn and Kylo Ren are the most direct (and stark) in terms of toxic masculinity. Finn seems to reject this toxicity, whereas Kylo Ren is constantly hung up on performing and proving himself strong enough. They are opposites: especially evidenced by the way they treat Rey – how they define themselves against the chief female presence of the movie.
Like Finn, Kylo Ren is also interested in and impressed by Rey. (And he also first meets her when she attacks him.) But instead of treating Rey like a person, Kylo acts out of aggression, objectification, and self-centeredness. He immediately immobilizes her, Force-faints her, and then carries her, bridal-style, to his ship: old-fashioned, exploitative, and gross. His language towards her is incredibly patronizing: “So this is the girl I’ve heard so much about…” He proceeds to insult her friends and threaten and torture her: violating her mind, using her as a tool but also relishing the show of his own power and the taking of something personal by force. “I can take what I want” is simultaneously a threat, a statement of power/entitlement, and a declaration of how Kylo fundamentally views Rey: an object, something controllable to serve his purposes. When the tables turn and Rey reads him, he is incredibly shaken by the subversion of his own authority and control, and when she escapes, he storms around looking for her in a blind rage, pursuing her with a weapon. Even as she’s beating him in the ensuing lightsaber battle, he has the gall to mansplain her own power to her: “YOU NEED A TEACHER!”
Unlike Kylo Ren, Finn uses Rey’s name throughout the movie. Kylo never calls her anything but “the girl” or “the scavenger,” even when addressing her. While Finn helps others without question, is vulnerable, and demonstrates affection, humor, feelings, and honesty, Kylo Ren is the opposite – all about projecting his own power and lashing out. He takes himself and his image incredibly seriously, valuing himself over others and their goals, treating underlings callously and with violence. Meanwhile, Finn accepts BB-8 as something deserving of his respect and speaks to the droid like a person.
While Finn easily cooperates with those around him, Kylo competes and chokes and throws tantrums, exchanging insults with Hux and belittling him at every opportunity, locked in a power struggle even with his allies. As Finn resists hurting the innocent and then straight-up defects over this, Kylo Ren is the one who orders their murders and then tortures his captives. Where Finn removes, and then ditches, his helmet at the first opportunity, Kylo Ren clings to his completely unnecessary, fabricated mask — a face that is not his own, versus Finn’s sincerity. It’s a powerful metaphor, putting on another face to become something else, to assume power. To disguise one’s true nature. The dark side, like gender, is performative — and the mask, in this case, is literal.