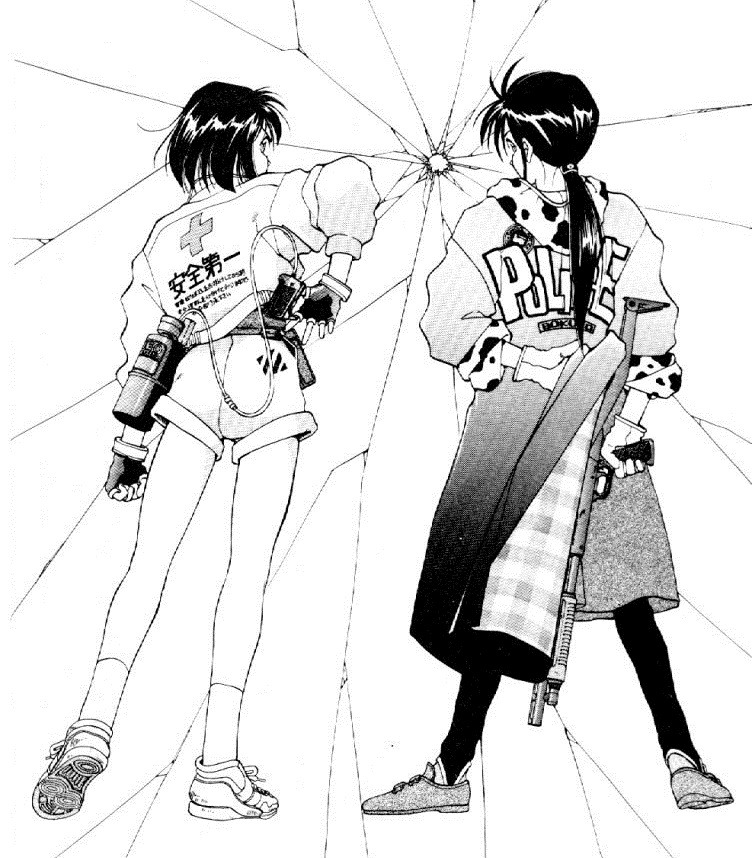 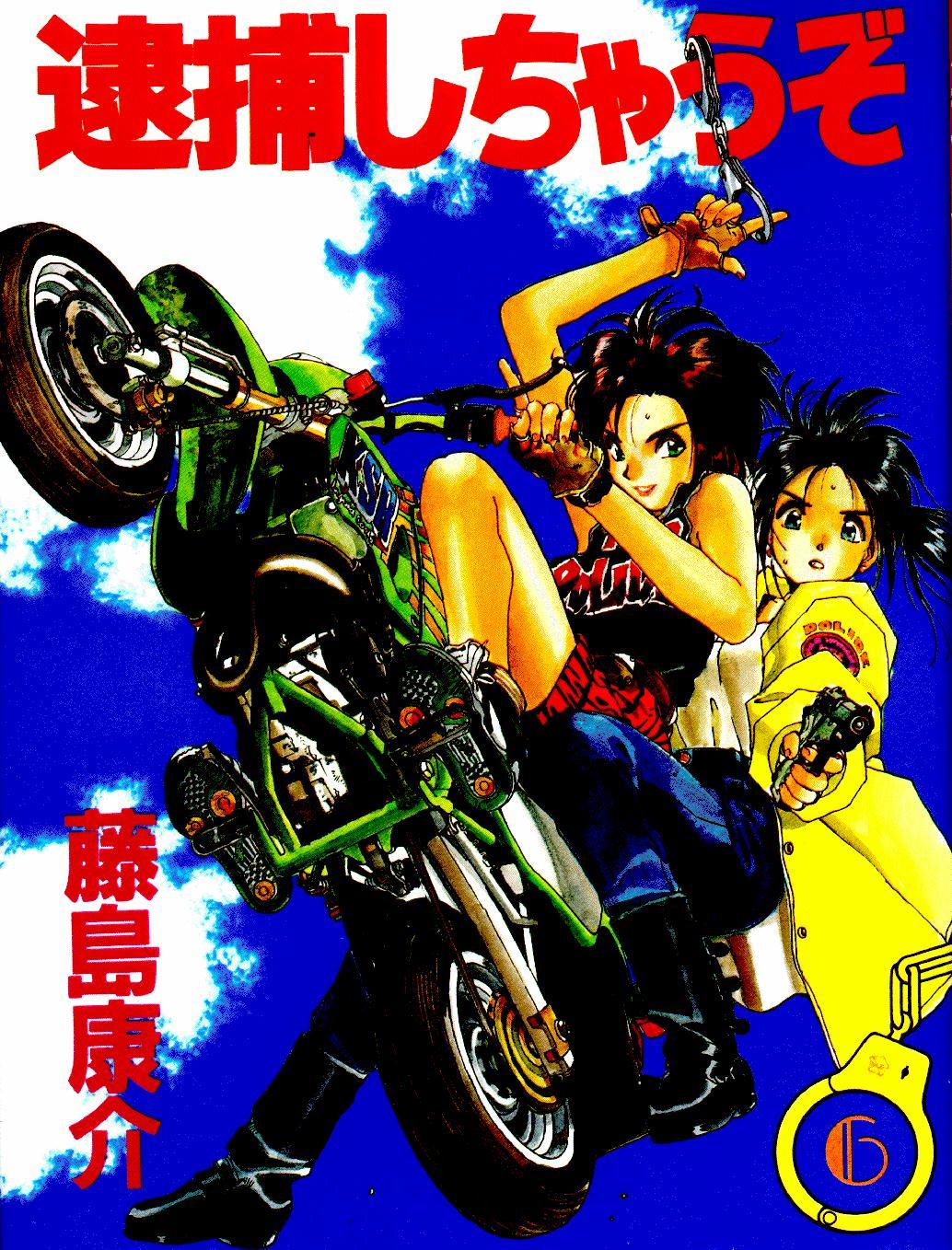 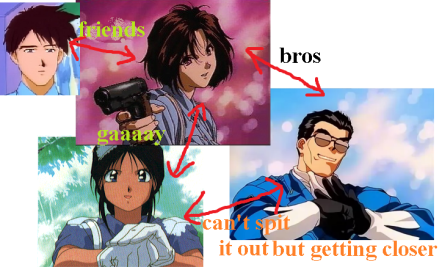 Natsumi and Miyuki are described as the best partners in Bokuto. They understand each other without talking and live together. Several spots in various OPs make it look like they’re the main couple in the show, and there’s a great deal of subtext.
Miyuki and Ken both like each other, and have gone on a few dates, often with Natsumi as Ken’s wingman. However, Ken is too shy to do many romantic gestures without prodding from Natsumi and the rest of Bokuto precinct, and Miyuki isn’t the type to do stuff like that either, mostly just little things. However, it’s implied they’ll eventually get married.
Natsumi and Ken are bros, with Natsumi encouraging Ken to talk to Miyuki and talking bikes and racing with him.
Frankly, save the last thirty seconds of the final episode that he shows up in, Natsumi has no romantic interest in Shouji. And frankly, I find Shouji bland.
The perfect set up is that Natsumi and Ken both date Miyuki. All three get along well and work well together. In one episode, they end up in a paintball fight, with only the three of them left. They work together amazingly, then Ken sacrifices himself to allow Miyuki and Natsumi to win the match, which the two do by wordlessly setting up an amazing trap for the other team. I love the three of them and think that they would go great together in a nice poly arrangement.
One of the things that make Natsumi×Miyuki×Ken real for me is the immense amount of trust they have in each other. Most of the time, they don’t need to say anything, and if any improvisation is necessary they can immediately handle it. It just doesn’t feel like Natsumi and Shouji have that level of trust, especially with Natsumi towards Shouji. For example, episodes 41 and 42 are a two-parter where the Bokuto team hunts down rogue cops. In the all three go to chase down the perps, but Ken gets hit and breaks his leg. In the next episode, Natsumi sets out on her own to try to get the perps, but is run off the road, breaking her wrist and dislocating her shoulder. Ken then leaves the hospital and goes to his dad’s shop to have him wire the brakes on his motorcycle so they can be hand-operated, but Natsumi shows up and tells Ken she’ll be his legs and operate the brakes, something that takes tons of trust. They then go out onto the highway to draw out the rogues. They don’t officially tell the station, but Ken immediately radios Miyuki, who passes it on and puts full trust in them. The rogues get forced onto the highway. They try to force the pair off the road, but Natsumi basically tells Ken ‘let’s get them’ and he does without questioning her. In the end, Miyuki forces the remaining cop onto Rainbow Bridge, then Ken and Natsumi drive by like they’re playing chicken and shoot the windshield with the paintball gun Natsumi’s been carrying the entire time, forcing the guy to slow down and get caught. Like, the amount of trust they all place in each other and the cute scene where they’re all like, ‘we’re alive!’ just makes this my definite OT3.
And god, after that is the Shouji stuff. I didn’t like how they totaly departed from the tone of the series, with little comedy, very little anyone other than Shouji, and no car chases. After the Shoujimance, there’s a few episodes where Natsumi and Miyuki get separated, and Miyuki treats it like a break up and is totally depressed and missing Natusmi. She then projects her feelings onto the patrol car, and after she wrecks it she almost has a break down, and Ken tells her he isn’t going to try to take the place of the car. Miyuki snaps out of it, then becomes more aggressive like Natsumi and starts teaching herself to ride Natsumi’s moped thing. She and Ken have a sweet conversation that implies they will get closer in the future, and Natsumi returns, and Miyuki is really happy.