> I was never really into Pokemon growing up, but after seeing stuff from the Sun & Moon anime I began watching and had a blast. I also started playing Pokemon Go and just getting into the universe. 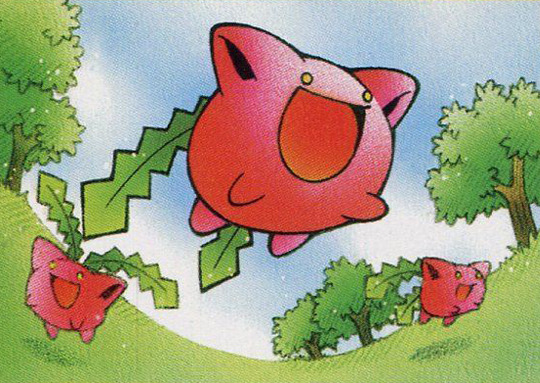 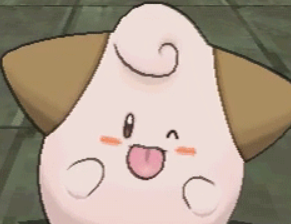 I know that a popular edgy theory is that Professor Willow is grinding the Pokémon into candy, but consider the following:

Pokedexes have always been biological survey equipment, and this is largely how actual biology surveys work- you catch and release LARGE numbers of the species you’re studying, as large as you can afford, sometimes keeping them in the lab for observation first. Not to mention if they were running on the average funding of a US university/public biology lab, this would explain… basically everything about the app, including why the professor is like "HERE'S SOME POKEBALLS, CATCH 'EM ALL, HERE'S SOME TEAMS FOR FRIENDLY COMPETITION, GO GO GO!!" and then vanishes. If he’s running a whole survey on his own he’s probably running on sheer determination and sleeping on his office couch. (Assuming his office couch is even visible anymore...) 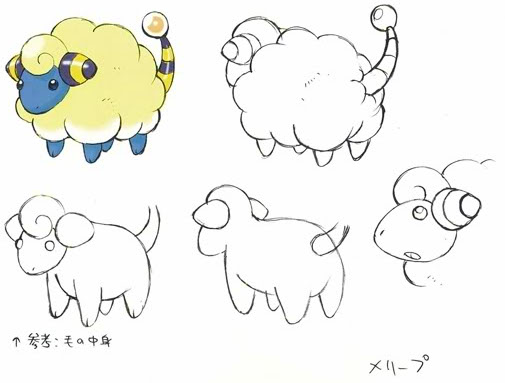 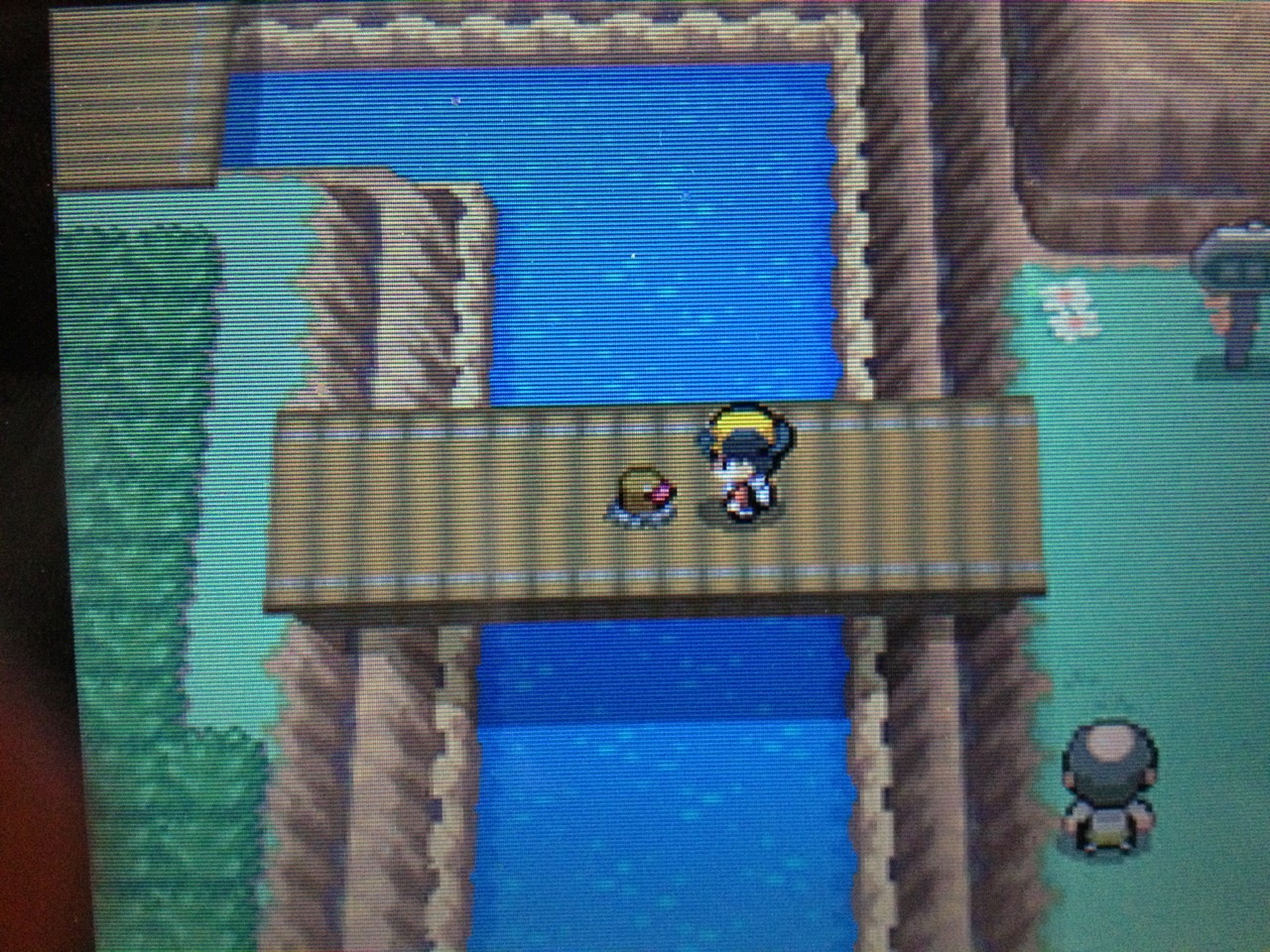 diglett this is bullshit and you know it 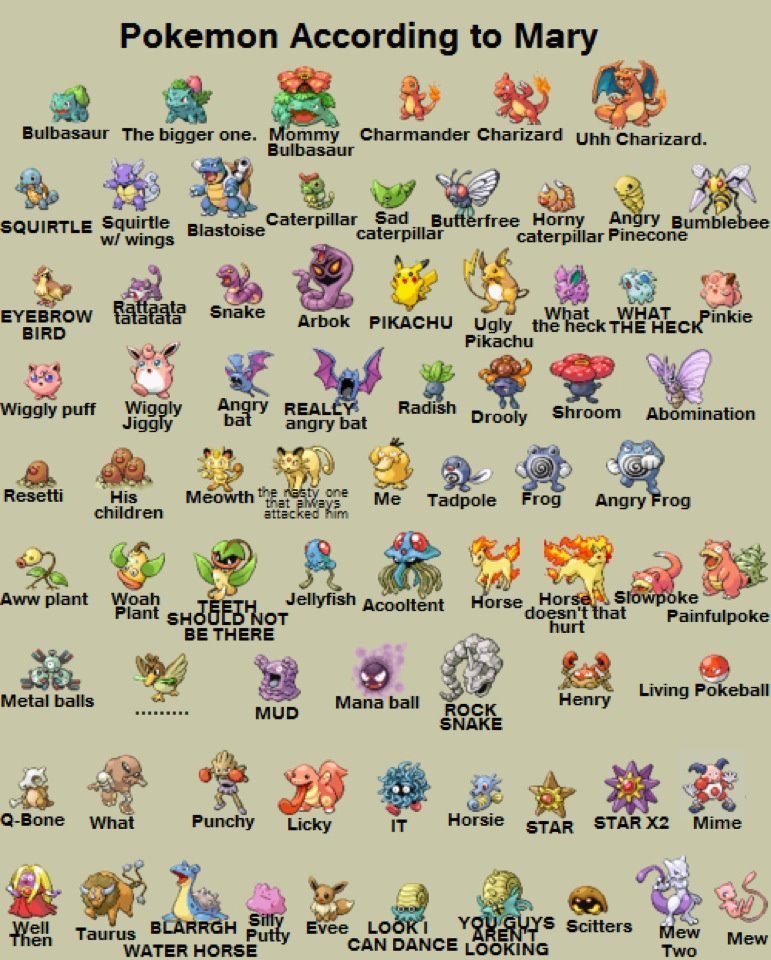 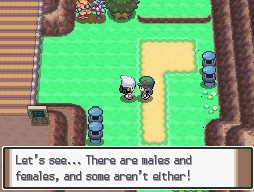 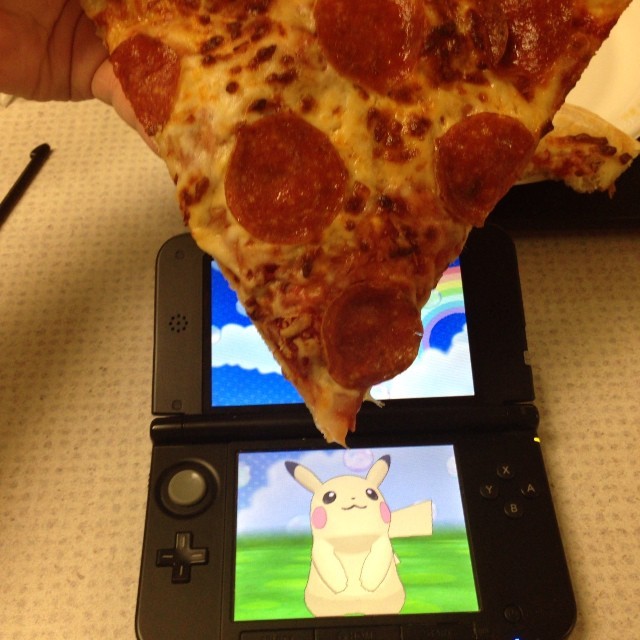 There's a movie on TV. 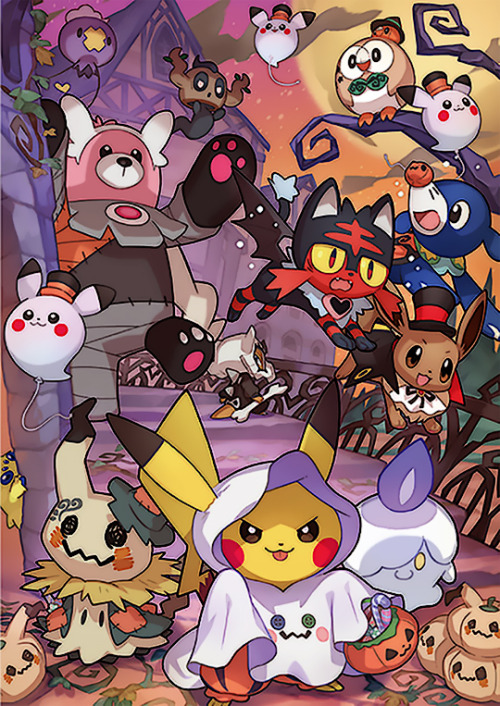 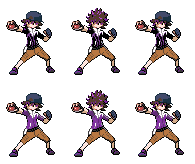 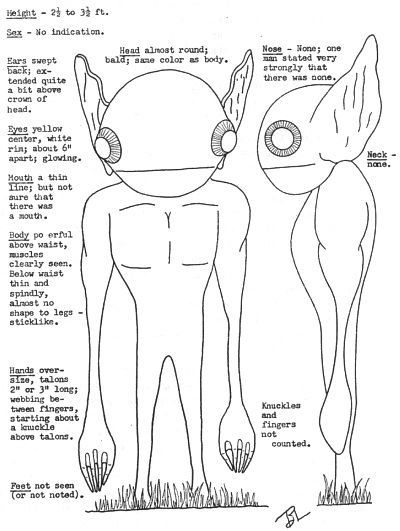 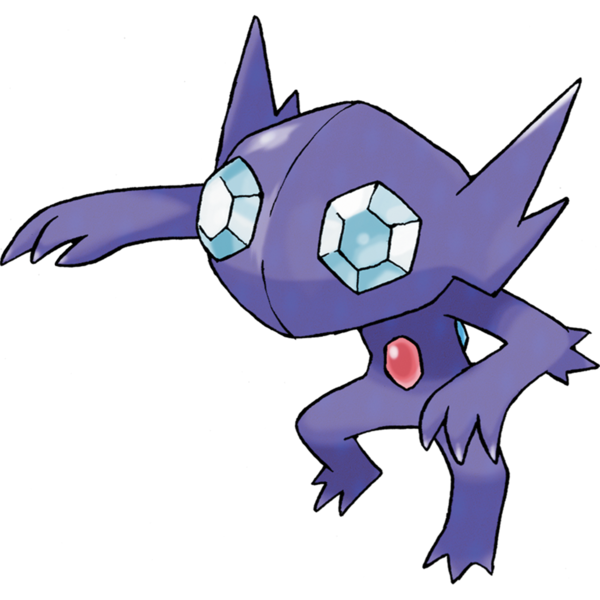 The Pokémon Sableye is actually based off of the Kelly-Hopkinsville Goblins. The two have the same shining eyes, claws, pointed ears, and small legs. Even the swaying motion Sableye has is a reference to how the Goblins walked. However, the Kelly-Hopkinsville Goblins are usually said to be a grey or green color, rather than purple or brown-gold like normal and shiny Sableye.
The Goblins were first sighted in Kelly and Hopkinsville in Christian County, Kentucky, on August 21st, 1955. The witnesses were a large group of five adults and seven children. They had claimed that they were at battle with the spaceships that were attacking their farmhouse. Elmer Sutton and Billy Ray Taylor both claimed that there were anywhere from 12 to 15 creatures that kept peering into their home’s windows. After claiming that the creatures returned to their home at 3:30am, the families that called the farmhouse home “packed up and left”. 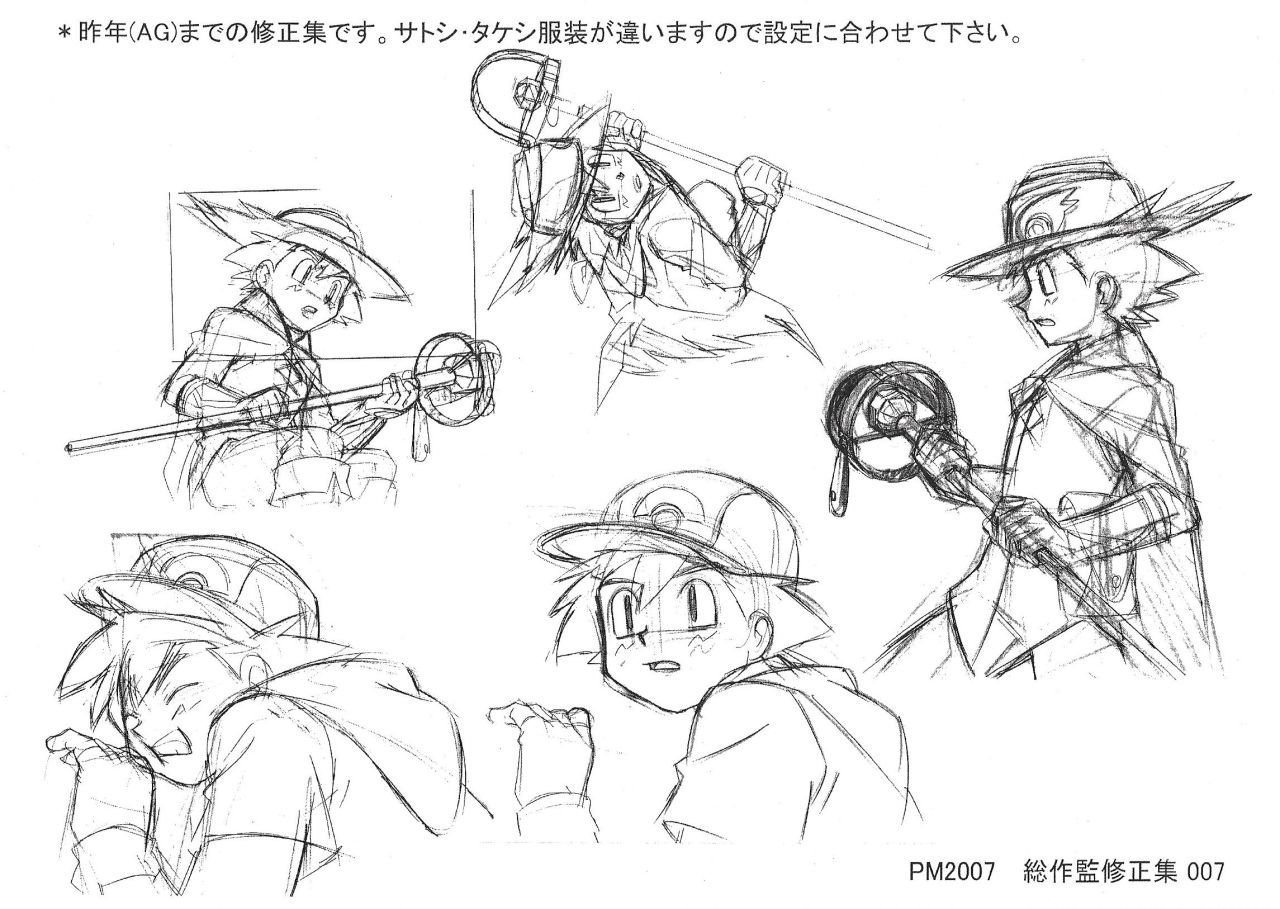 Ash doesn’t formally release his Pokémon–not really. When his Butterfree was looking for a mate, Ash let him out of his Poké Ball. He never reused the Poké Ball after Butterfree migrated and declined Professor Oak’s offer to have its data cleared. If Butterfree ever wants to return to Ash, his Poké Ball will be waiting for him.
It’s something that happens whenever Ash’s Pokémon want to return to the wild. He keeps their Poké Balls at Professor Oak’s lab in case they ever want to come home permanently, and that way no other Trainer will ever be able to claim them as theirs, since they technically still belong to Ash. 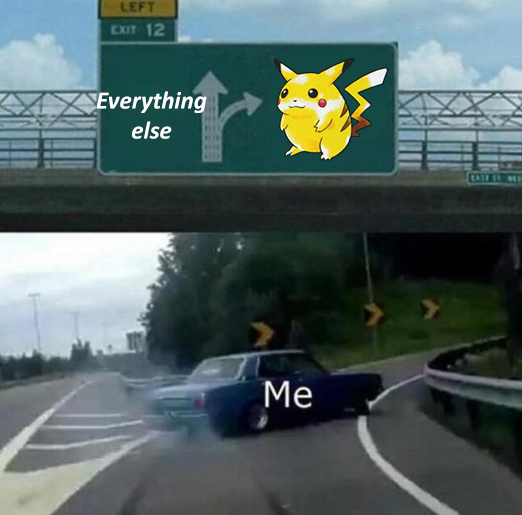 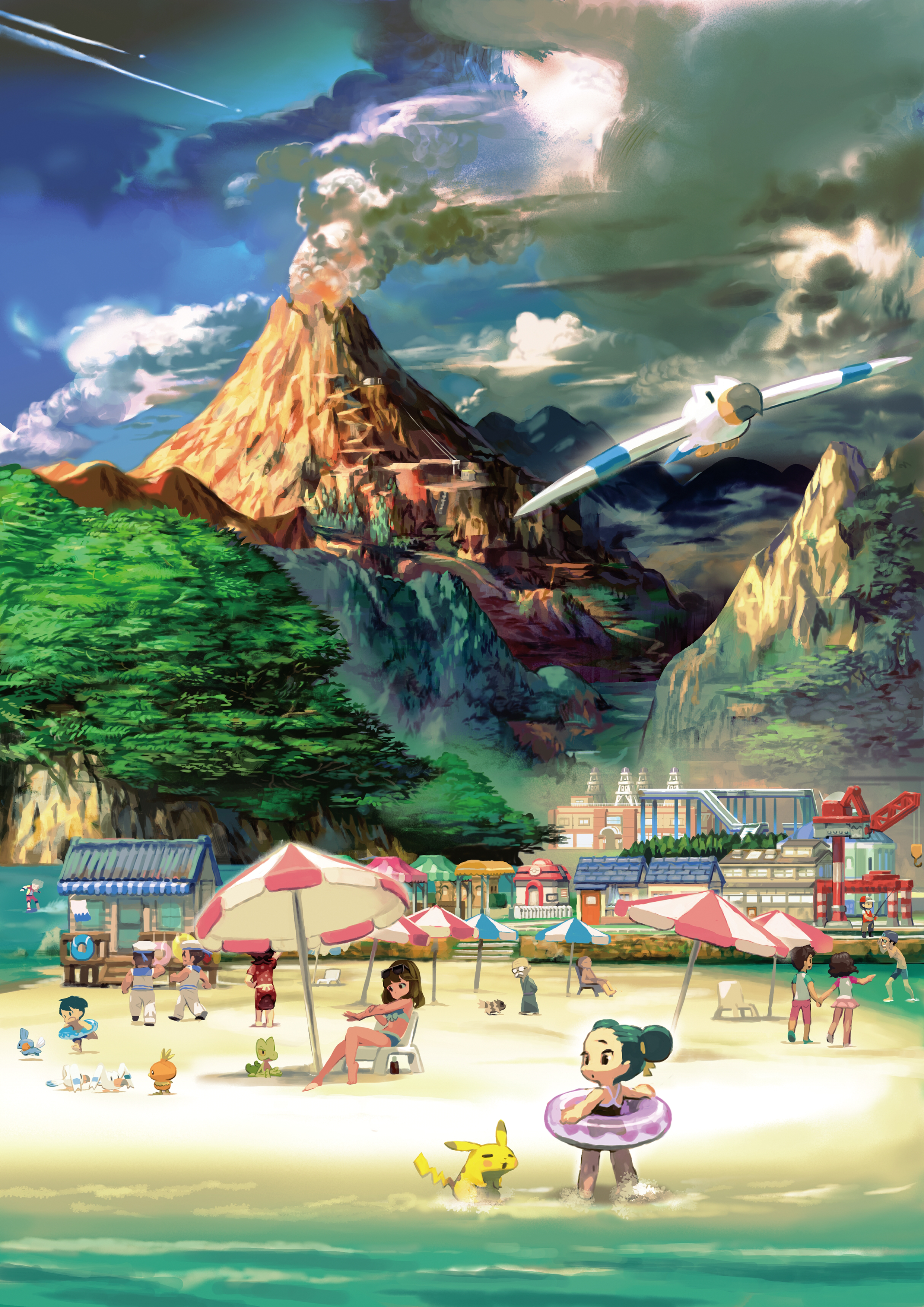 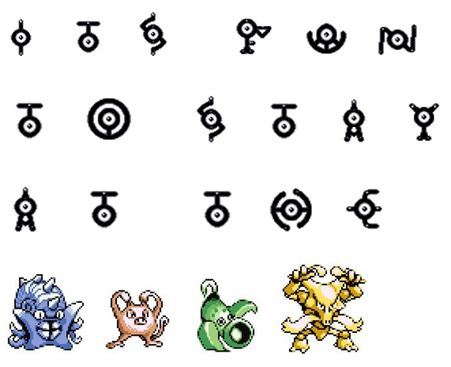 Ash: We just fought Ho-Oh! The legendary Pokemon! The one only the chosen can meet!

Some nerd who doesn’t know how Pokemon works: Status moves don’t matter lol they all suck
Me: Explain this then 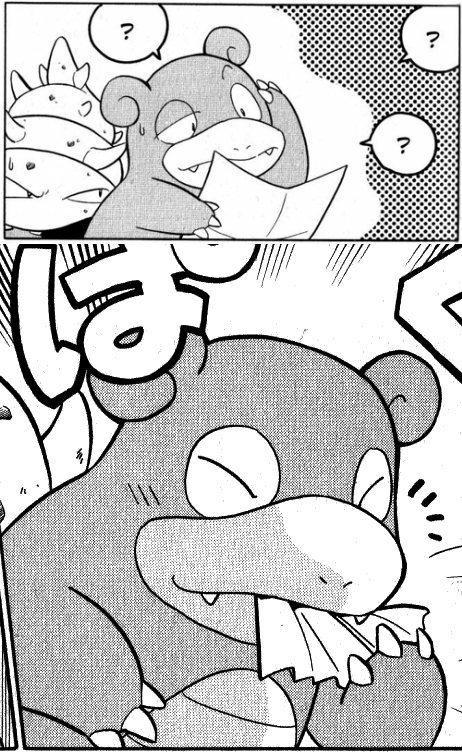 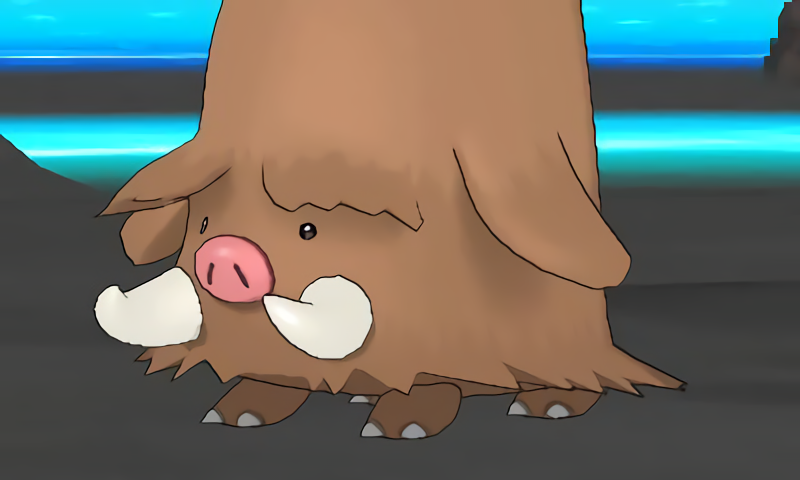 “The always fascinating world of POKÉMON, the most diverse and unusual creatures on the planet! They can be found up in the sky, under the sea, in forests, and living in towns. One can see Pokémon in every corner of the world! People and Pokémon forming all kinds of bonds and living harmoniously in a world made just for them.” 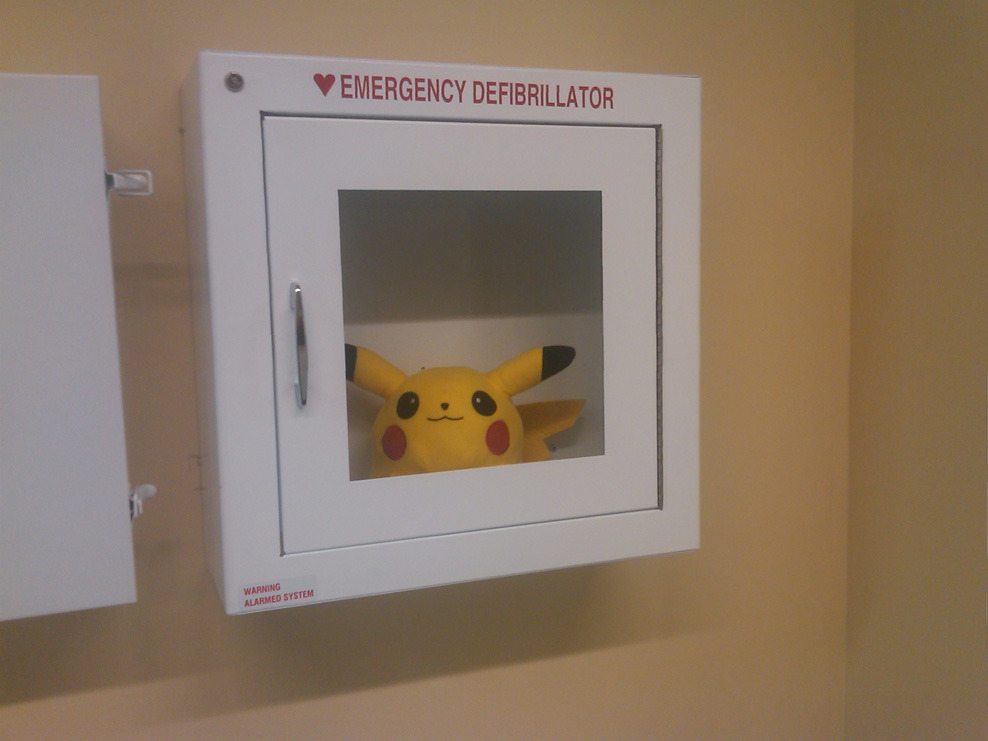 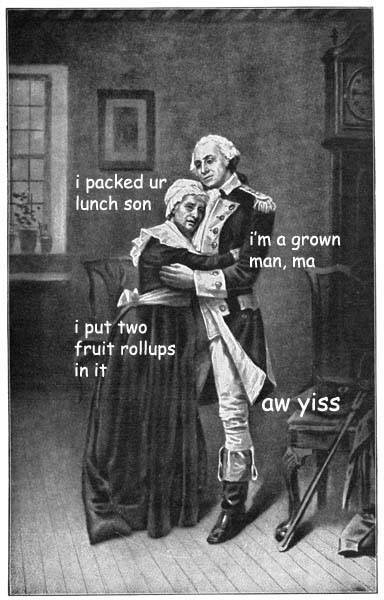 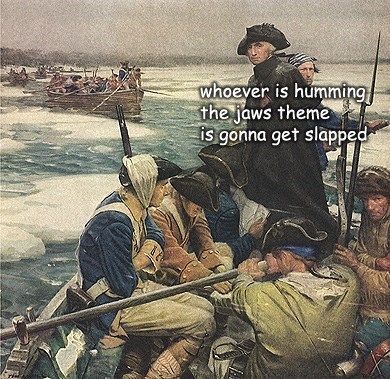 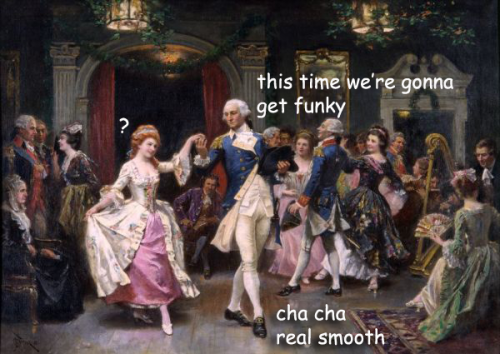 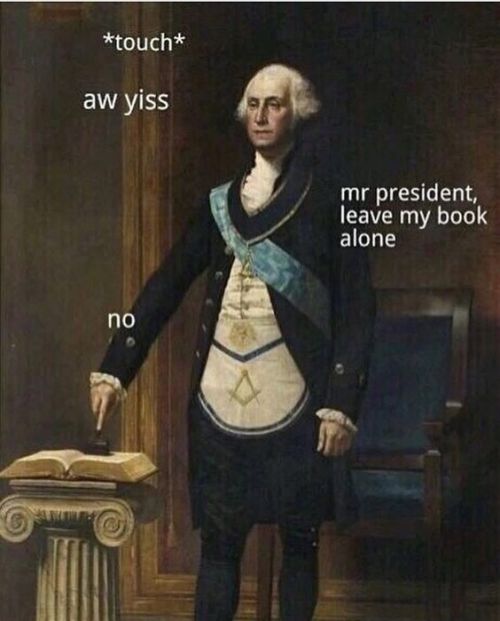 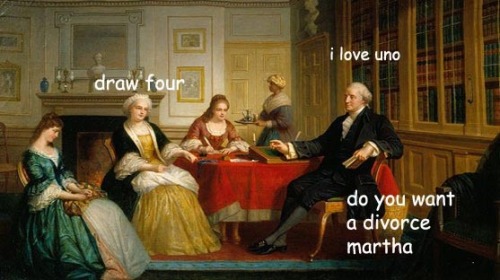 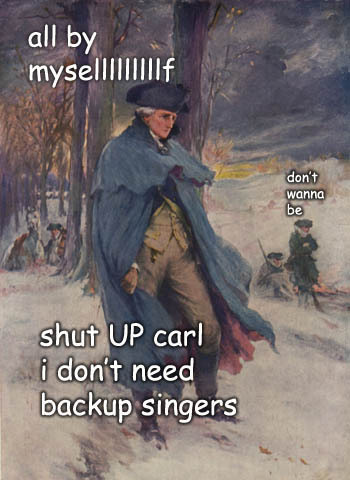 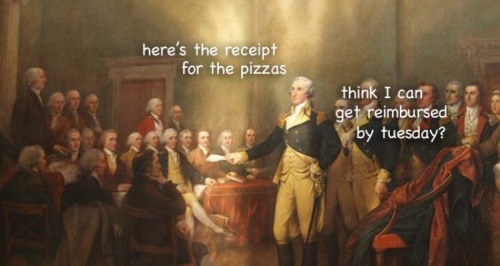 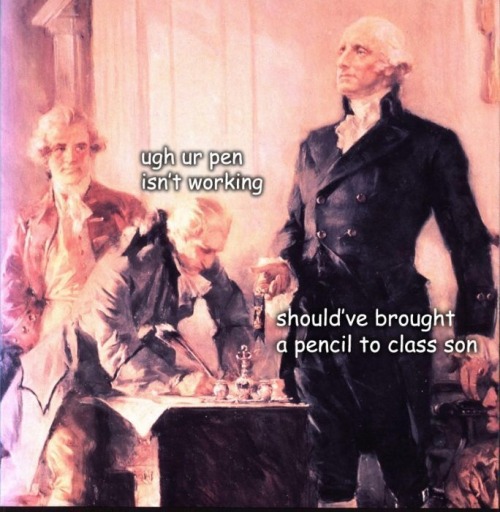 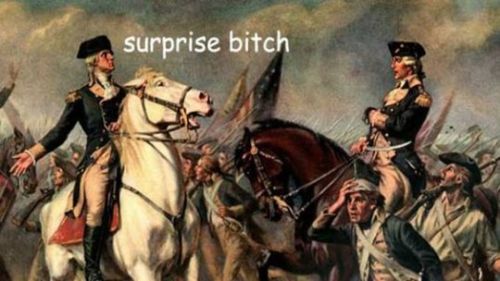 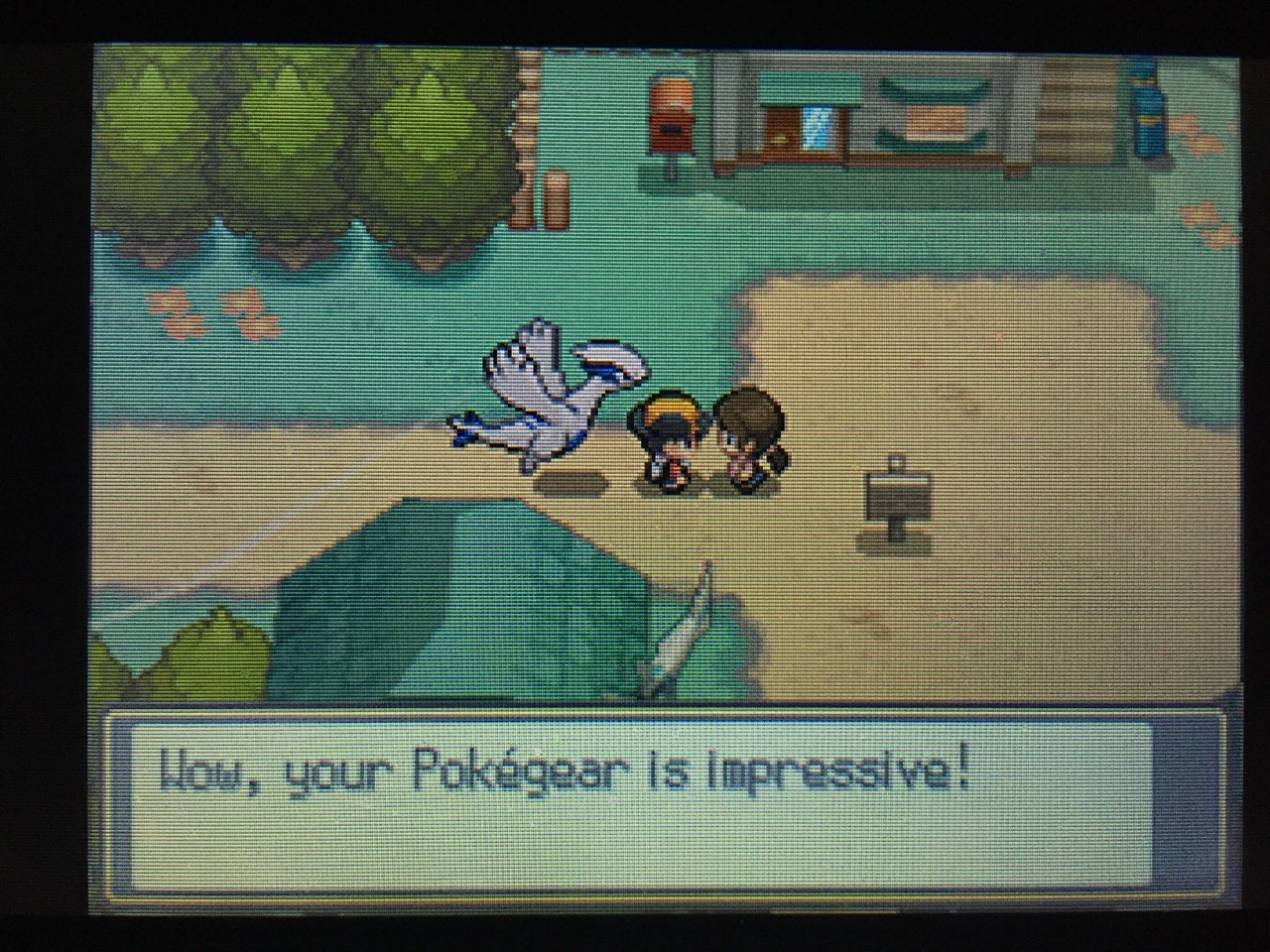 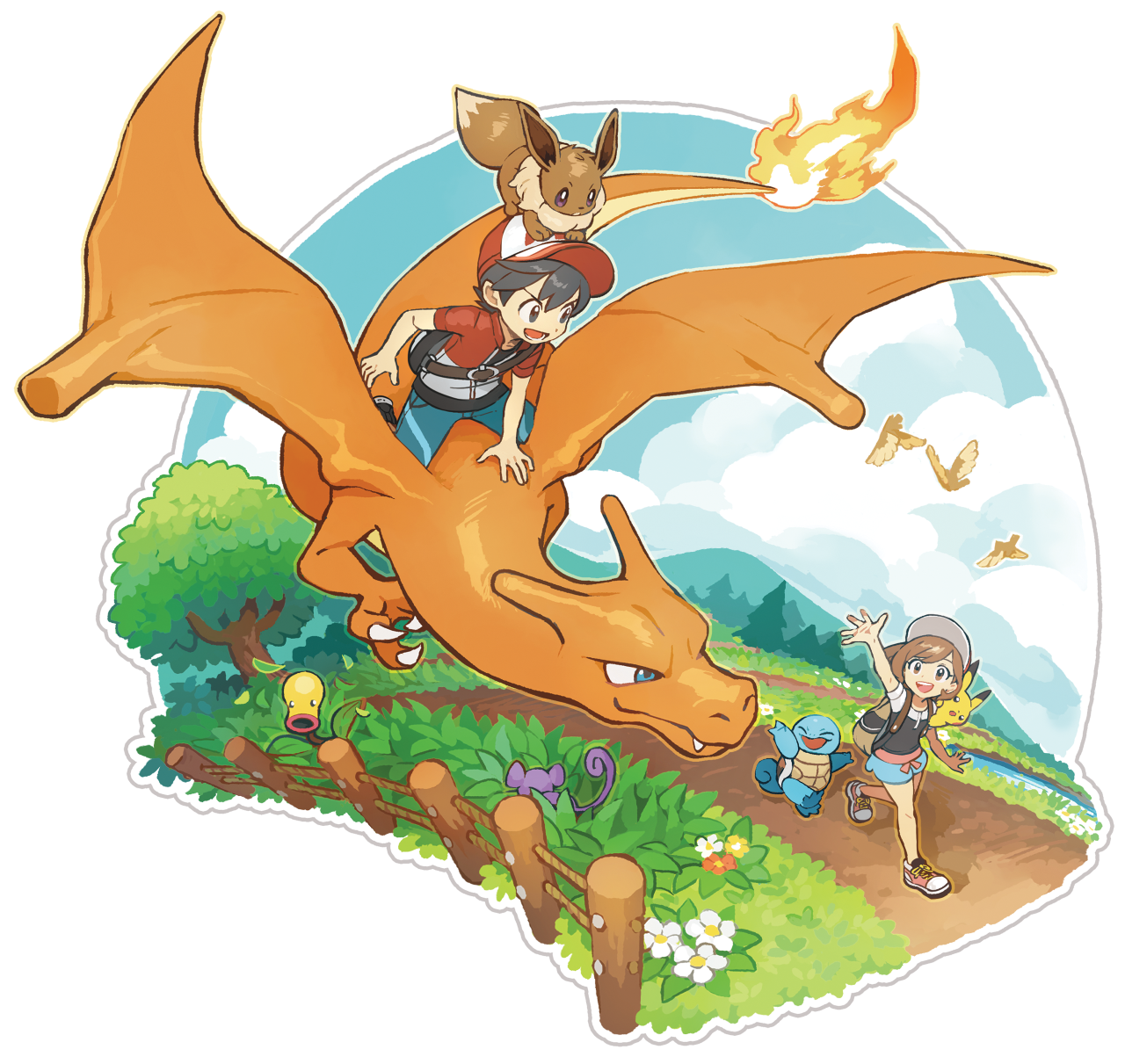 Every single pokemon character is autistic:

Basically this is canon and no one can convince me otherwise.

Biologists in the pokemon universe are fuckin idiots. Imagine excluding entire countries’ worth of animals and saying, “Yeah these are all the species in the world”. and there are still, like, undiscovered continents. Each of these countries has enough history to show that it’s been populated for countless generations. Fuckin Professor Oak or whatever is just straight up neglecting to include entire continents in his research papers. Not to mention, the first 4 Generations aren’t even different countries, just different regions in the SAME country. And according to the remakes they have known about each other for ages. Which makes it worse. Professor Oak just straight up is like: *travels 10 km west* What the fuck is that???

Let’s think about life in the Pokemon world for a minute… First of all, there’s universal free healthcare across the planet. That’s more that a lot of places in our world can say. Moreover, fresh water on this world is apparently so nutrient-rich that it can cure moderate injuries, to say nothing of what berries can do. Therefore, the inhabitants of this world are probably very physically healthy, and those with disabilities (who by default cannot be “healthy”) don’t have to worry about losing their healthcare due to lack of money.
Politics-wise, there isn’t much of a government. Despite this, the world seems relatively peaceful. Private individuals, some as young as eleven, can be expected to deal with crime themselves. War has occurred in the past, but the general political sentiment appears to be very anti-war - cruelty is strongly frowned upon.
Economically, it’s true that there are some people with economic issues - like that one dude in Mauville Hills in ORAS - but generally there doesn’t seem to be a whole lot of homelessness or poverty. Some people are more well-off than others - vastly so in some cases - but largely poverty doesn’t seem to exist.
Then there’s the wildlife.
Strange, supernatural creatures of unknown origin and great power populate this planet. An unarmed adult human is no match for even one of these creatures. But the vast majority of the wildlife is extremely friendly to the point where it’s almost all domesticated. Small children are given these creatures as companions and allowed to go out into the open world with them, as they will be safe and able to survive. Even the scariest of these monsters can be tamed with love and care. Beedrill will love you if you toss yarn at it, sure. So will things like Gyarados, Hydreigon, and the Pokemon equivalent of Lucifer. No Pokemon is untameable so long as you are kind to it. This in turn has fostered a culture of kindness. It is infinitely more rewarding to be kind to the living creatures around you. Those who are cruel are quickly steamrollered by those who build up close, loving bonds. Even then, a lot of people are concerned that this society of love and kindness is somehow too cruel (to the point where it was the entire plot of gen V). That love and kindness is extended to all humans. People trust random strangers who walk into their homes. Items are randomly just given out on the street, often for no reward beyond a warm fuzzy feeling. Almost comical levels of generosity and acceptance are expected on this planet.
There's even a myth in the pokemon world (specifically DPP) states that pokemon were worried about humans surviving on their own, so they all spoke about how to look after these squishy notpokemon, and they came up with the idea to be companions and friends.
So whenever a human that’s trustworthy walks into the tall grass, they present themselves, and if a human earns their respect in battle they will aid that human as long as they are needed.
Every pokemon that appears in caves, surfing and tall grass canonically wants to be your friend!
Also, unless you use a Master Ball, if a pokemon does not want to be caught it can’t be. It’s only by showing your skill in battle that a pokemon will want to join you. So even legendaries want to be your friend!! That’s why some legendary Pokemon (usually ones who present themselves to you) have low catch rates. They respect you and understand you can use their skill for good.
This is a world with idealized bonds between humans and highly sentient non-human creatures, running on clean energy, progress and nature side-by-side, and a whole world to explore and ADVENTURES, but also, none of that nasty “You can only be special up until this cut-off age and then dreams go to pasture and you become a Boring, Joyless Adult Forever Bitter for Missing Your Chance.“
Nope!
You could have been held back, but you could still become a trainer and compete and you won’t be laughed at for your age (… maybe your sheltered naivete a tiny bit, though). You could have lived your whole life disapproving of the creatures and wrapped up in work, but that’s okay, you can still start your journey.
Oh, you’ve been at this since you were a kid? No, you’re not a loser, you know which trainers are mostly adults? Accomplished folks like Gym Leaders, Frontier Brains, Elite 4, Champions…!

Everytime I see someone’s edgy theory about how capturing Pokémon is wrong, I remember that time in Sinnoh it was explicitly stated that Pokémon approach trainers specifically to engage in battle and how it’s implied multiple times throughout the series that Pokémon engage in battle and competitions for their own prestige and it’s just a symbiotic relationship that a respectful trainer gets a career for helping raise a powerful Pokémon while the Pokémon gets access to stronger opponents and more varied experiences than it ever would in its native habitat. In the first episode of the anime Ash even asks why a wild pokemon is attacking Pikachu and his pokedex says that wild pokemon are often jealous of pokemon with trainers.

Anyways, Ash is an autistic aroace trans boy with
two moms and a dad.(Delia, Professor Burnet, and Professor Kukui)

If Professor Kukui is Ash's dad, then Professor Oak is his stern grandpa! I mean, it makes sense; we know thanks to Spell of the Unown that Oak was also Delia’s teacher when she was young (she was his student alongside Spencer Hale), and so it honestly makes sense that he would end up treating her boy like a grandson, particularly when we see that Oak really doesn’t treat Gary any differently than he treats Ash (i.e. he praises both when they deserve it, but also scolds both when they deserve it).
Also, let’s not forget that scene in Spell of the Unown when Professor Oak sees (thanks to the news crew livestreaming the footage on TV) that Ash is breaking into the castle that Molly created, and calls him on the PokéGear for the express purpose of scolding him. Like—

PROFESSOR OAK: “Ash, we just saw you on TV! What do you think you’re doing?”

ASH: “Aghhhh, I just had to come here, Professor Oak! … I shoulda told ya.”

PROFESSOR OAK: “That’s right, you should have! But we’ll talk about that later.”

Pokémon is a Solarpunk setting