a flight attendant bursts into the cabin
“is there a nerd on board?! terrorists have hijacked this plane and refuse to land safely unless somebody explains the plot of neon genesis evangelion to them”
“finally” i think as i raise my hand “my time to shine” 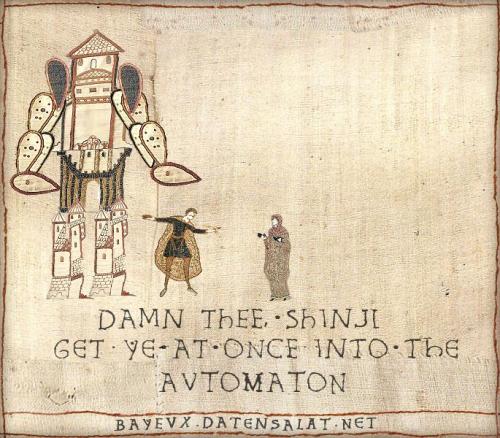 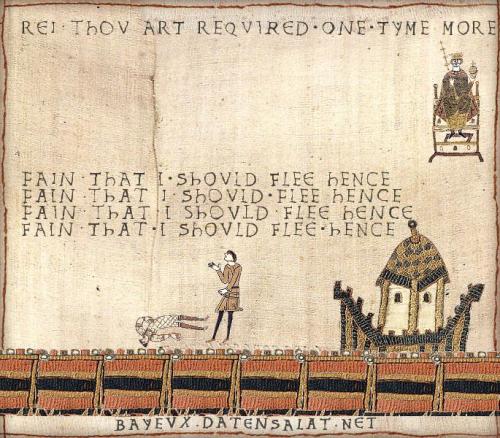 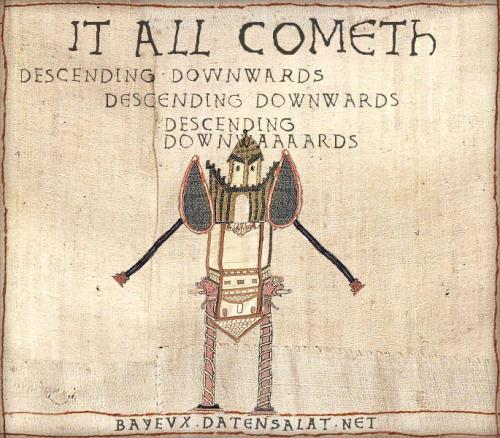 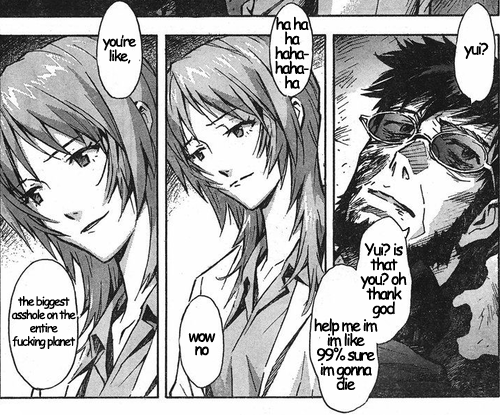 after a freak accident at the bible warehouse, the only surviving record of Christianity is Neon Genesis Evangelion. 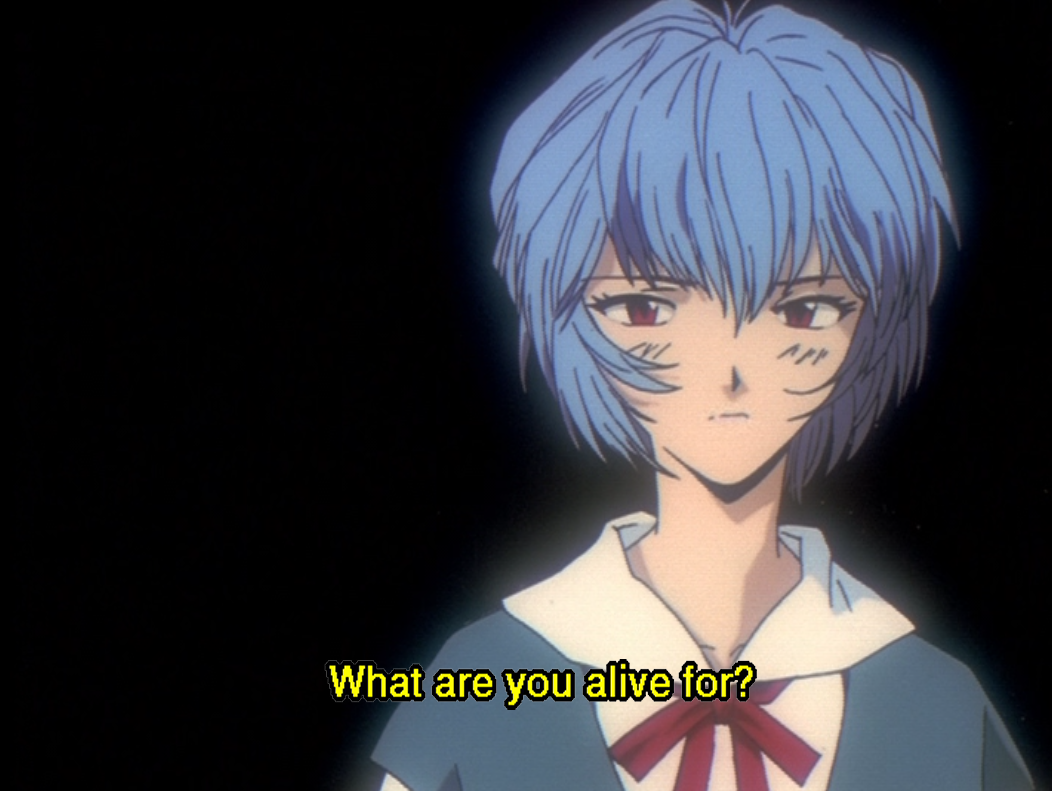 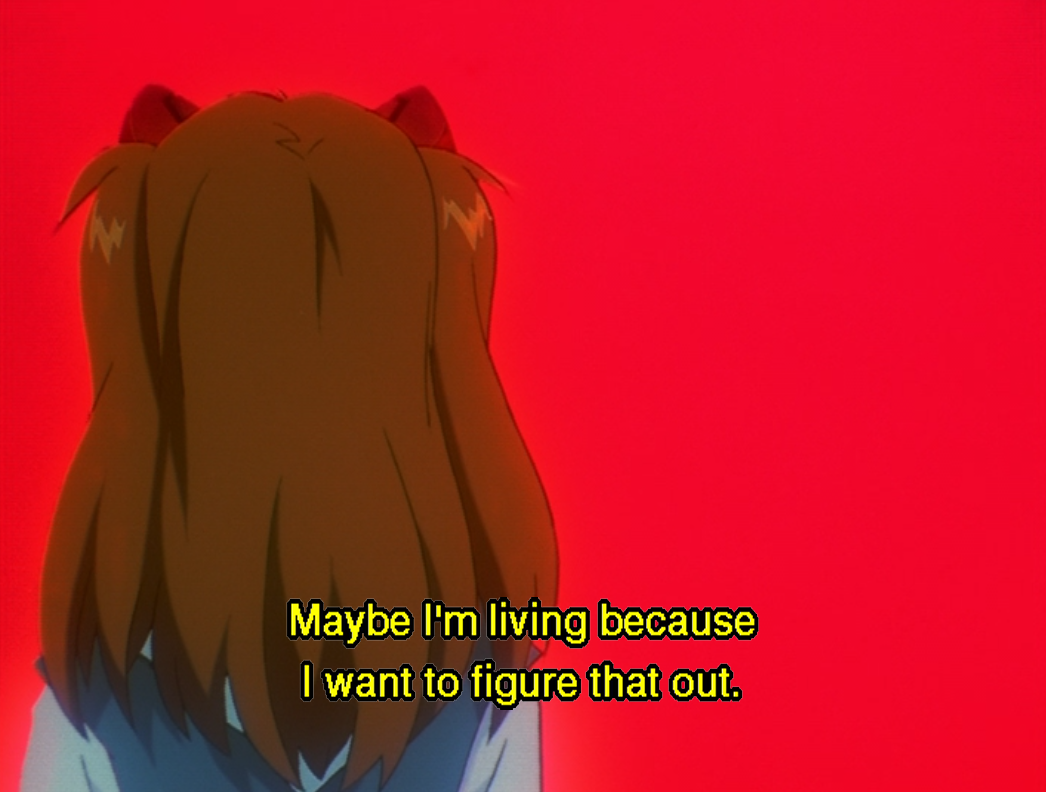 well i hope that cruel angel got into grad school

Goodness, look at the time! 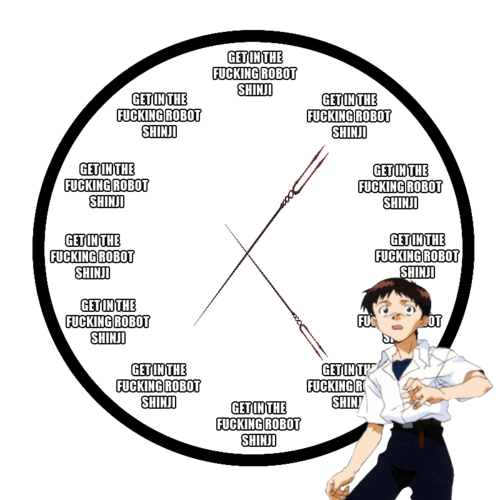 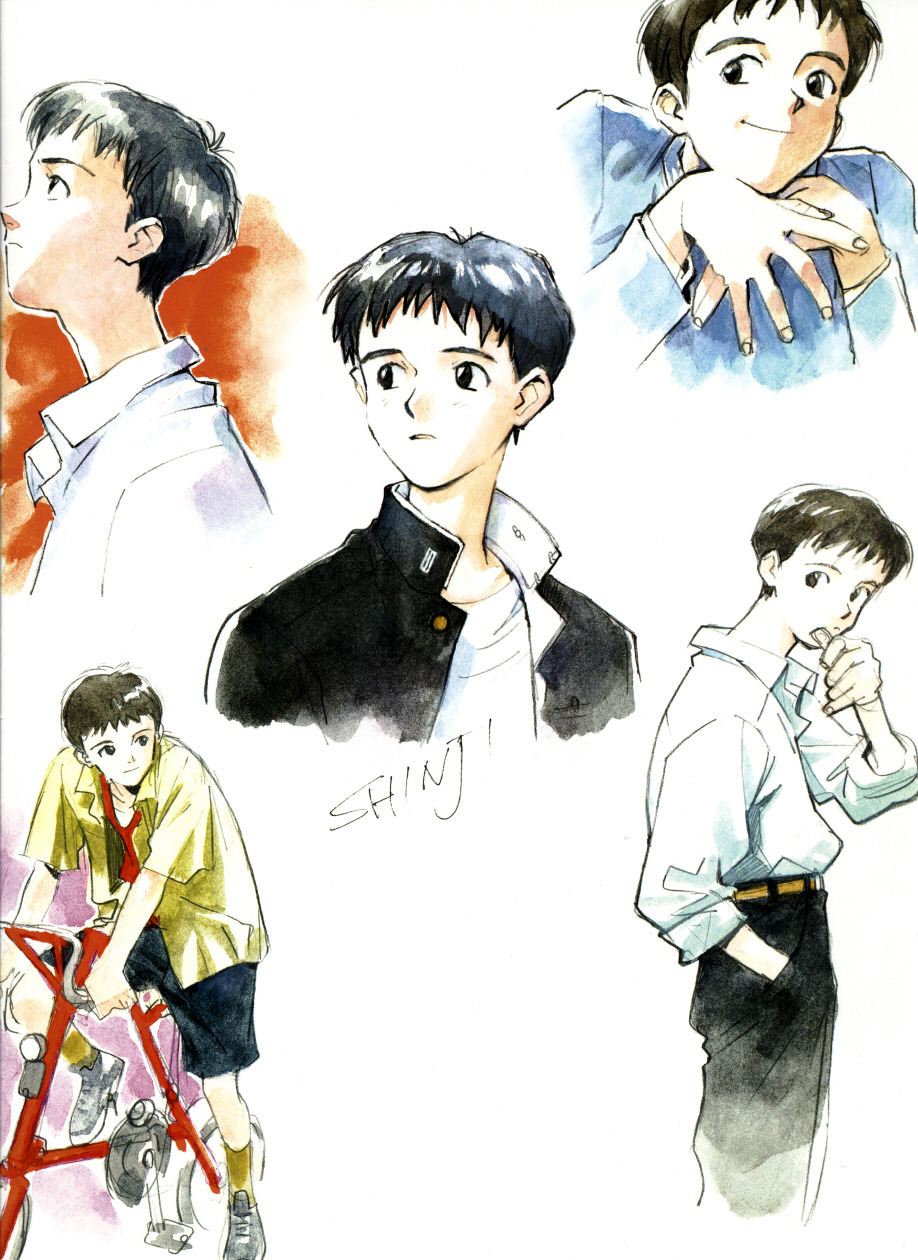 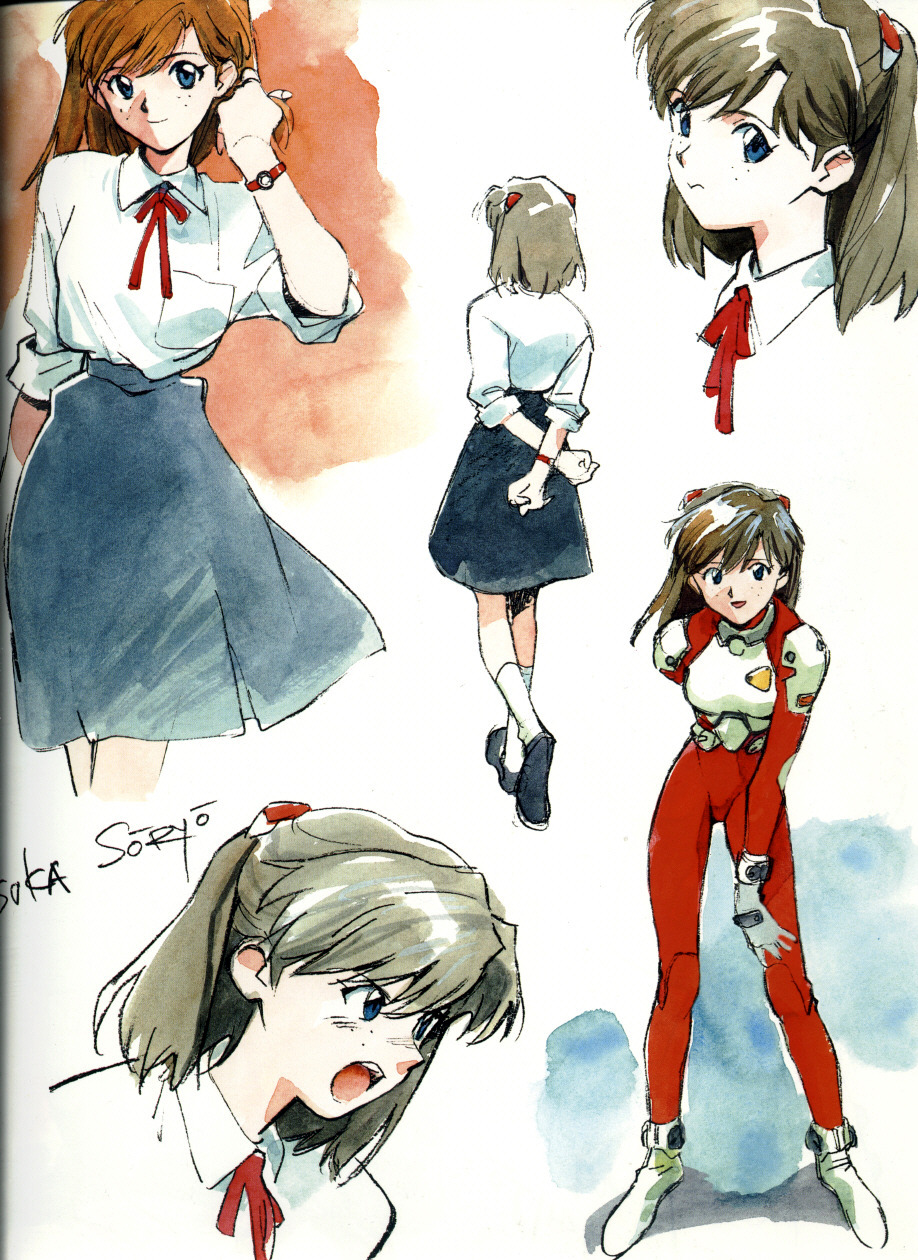 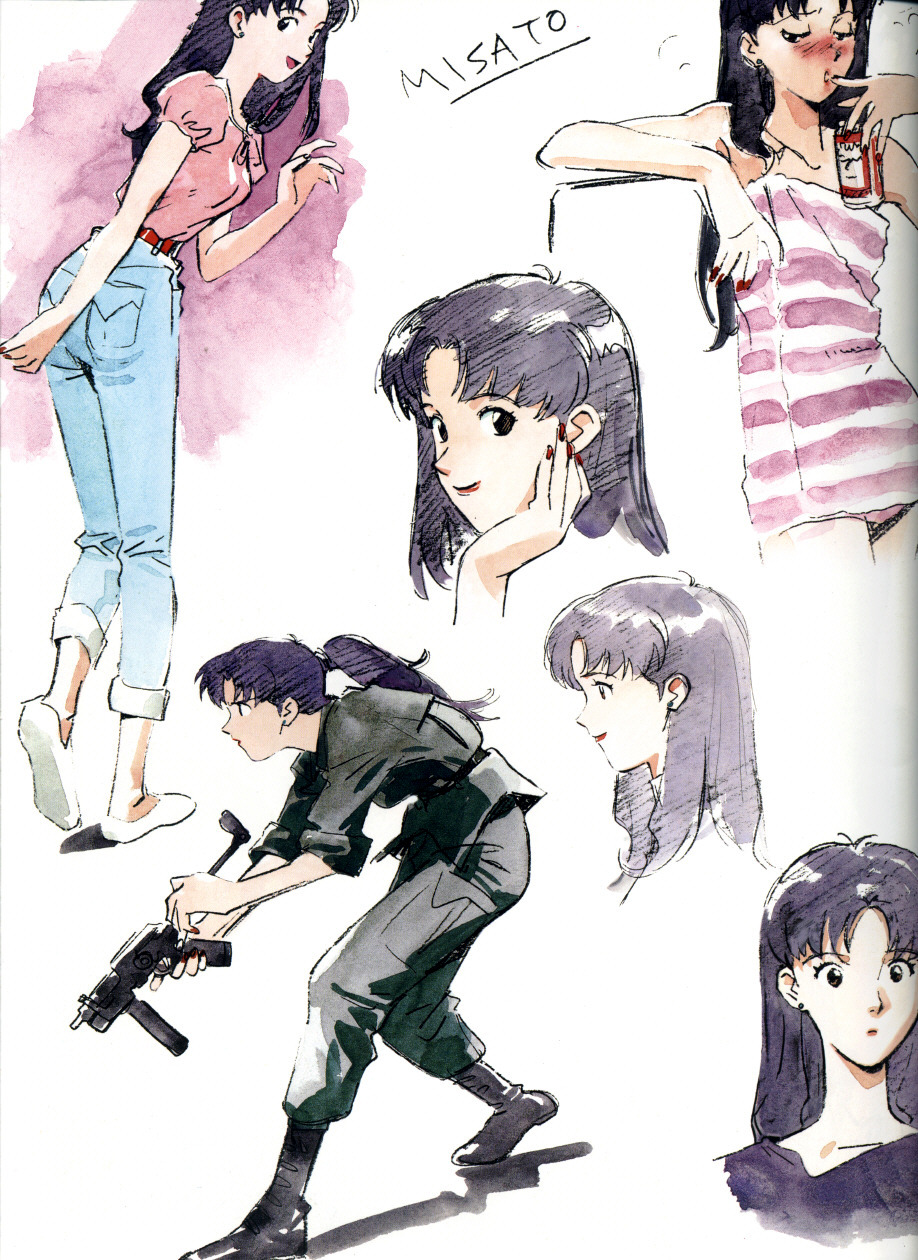 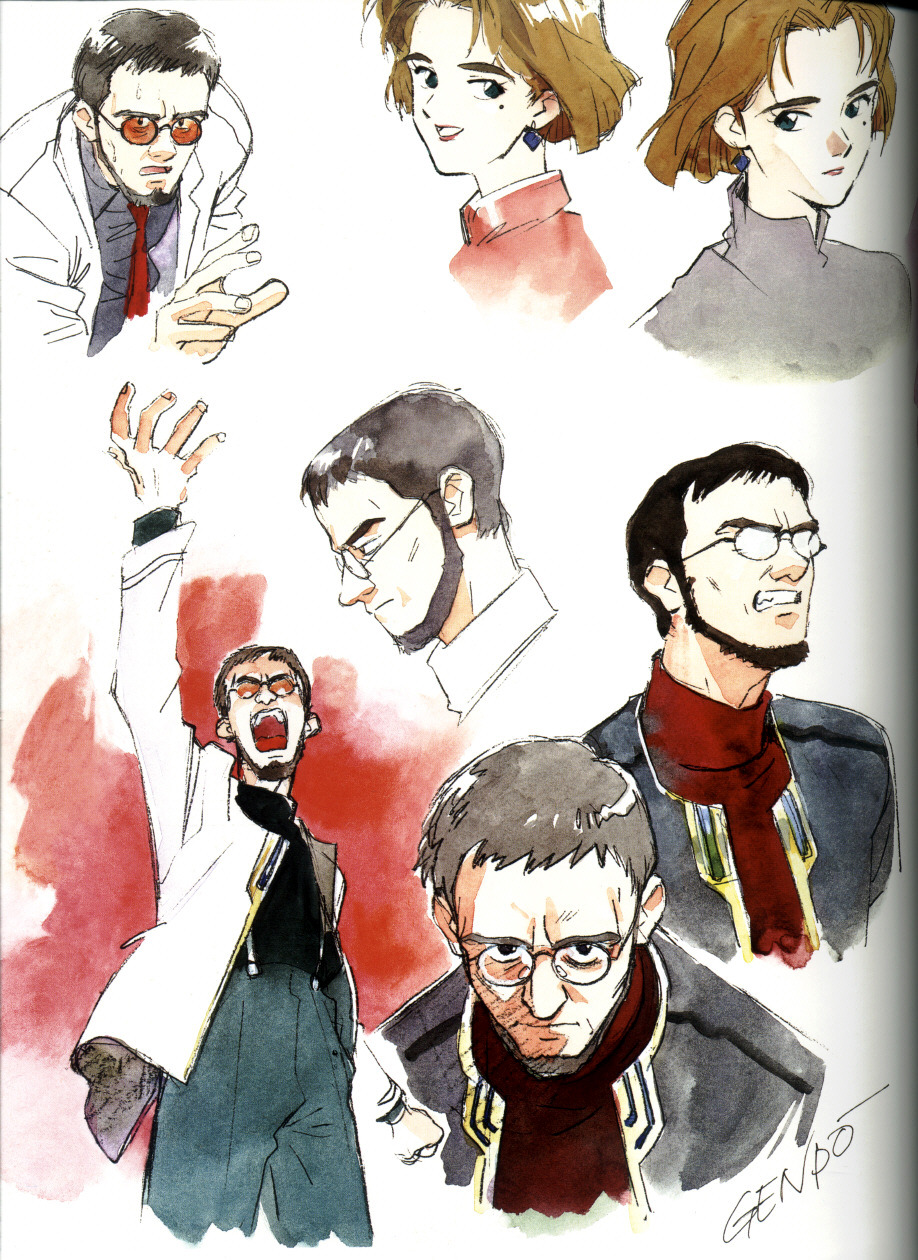 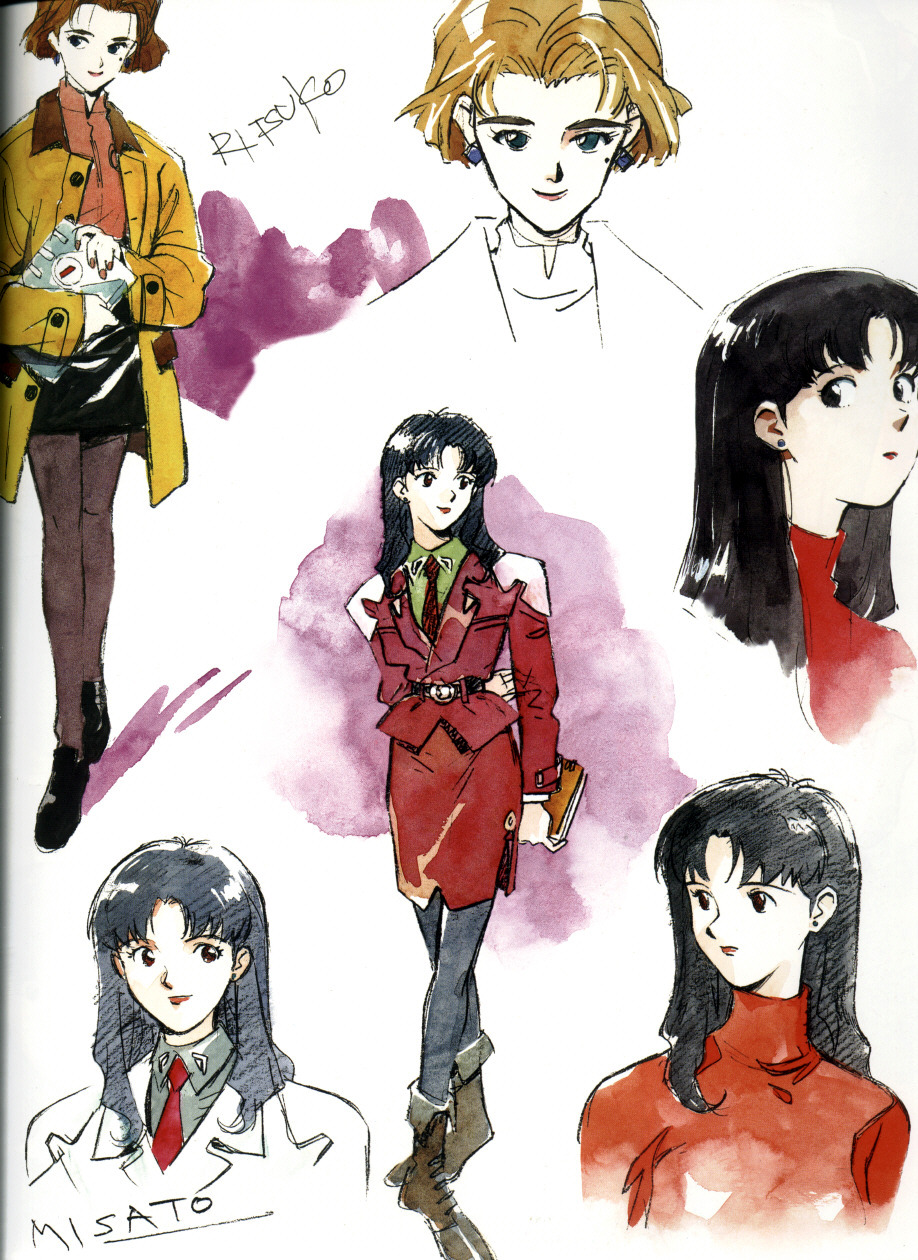 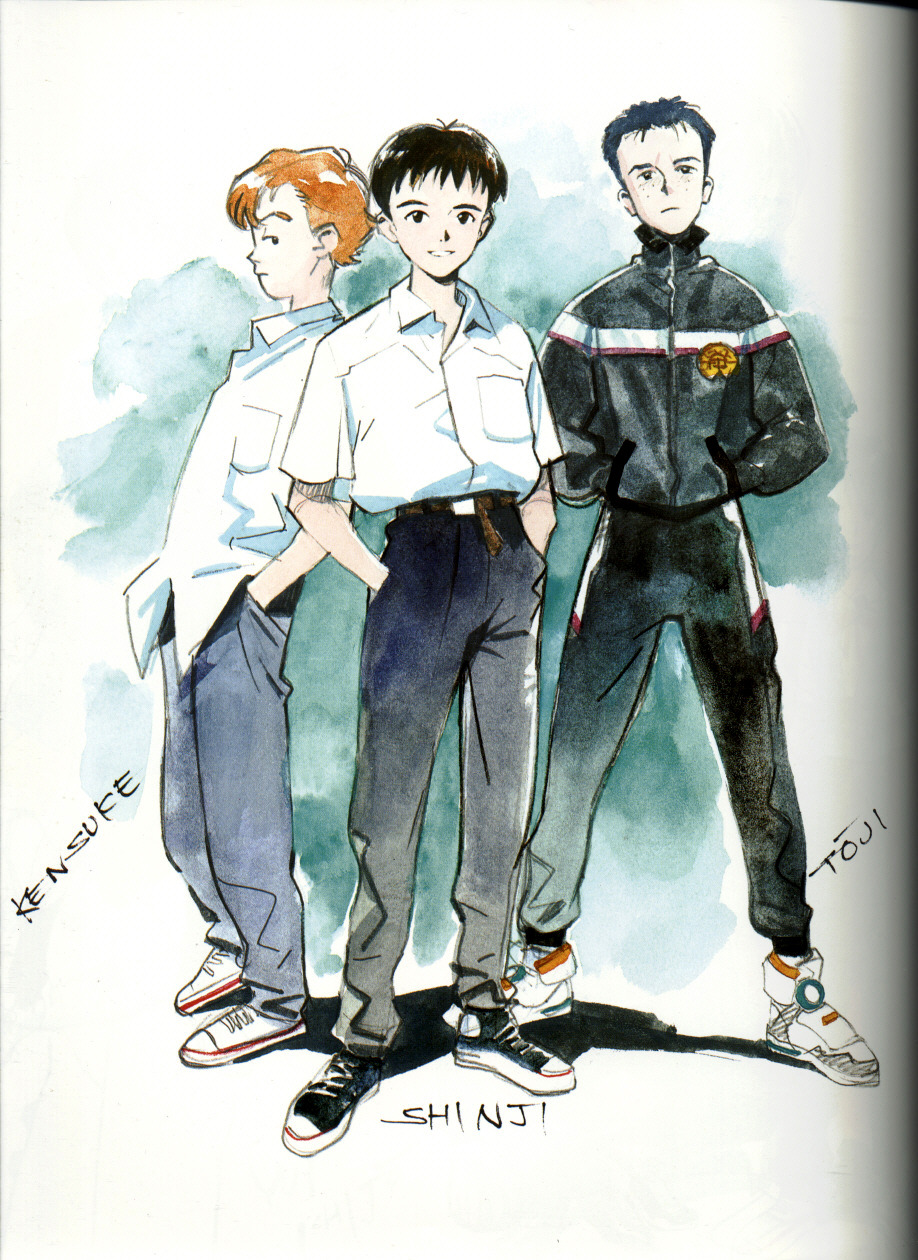 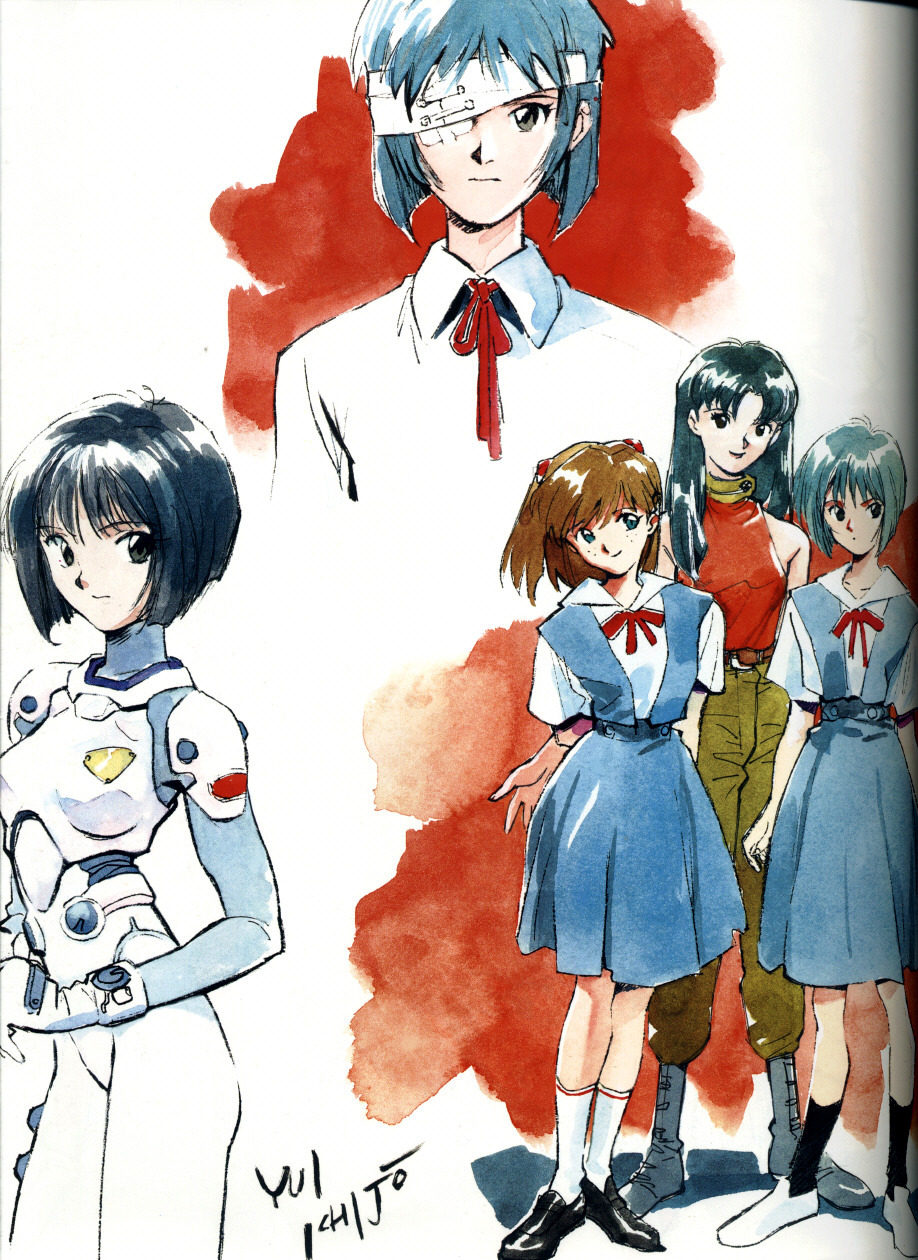 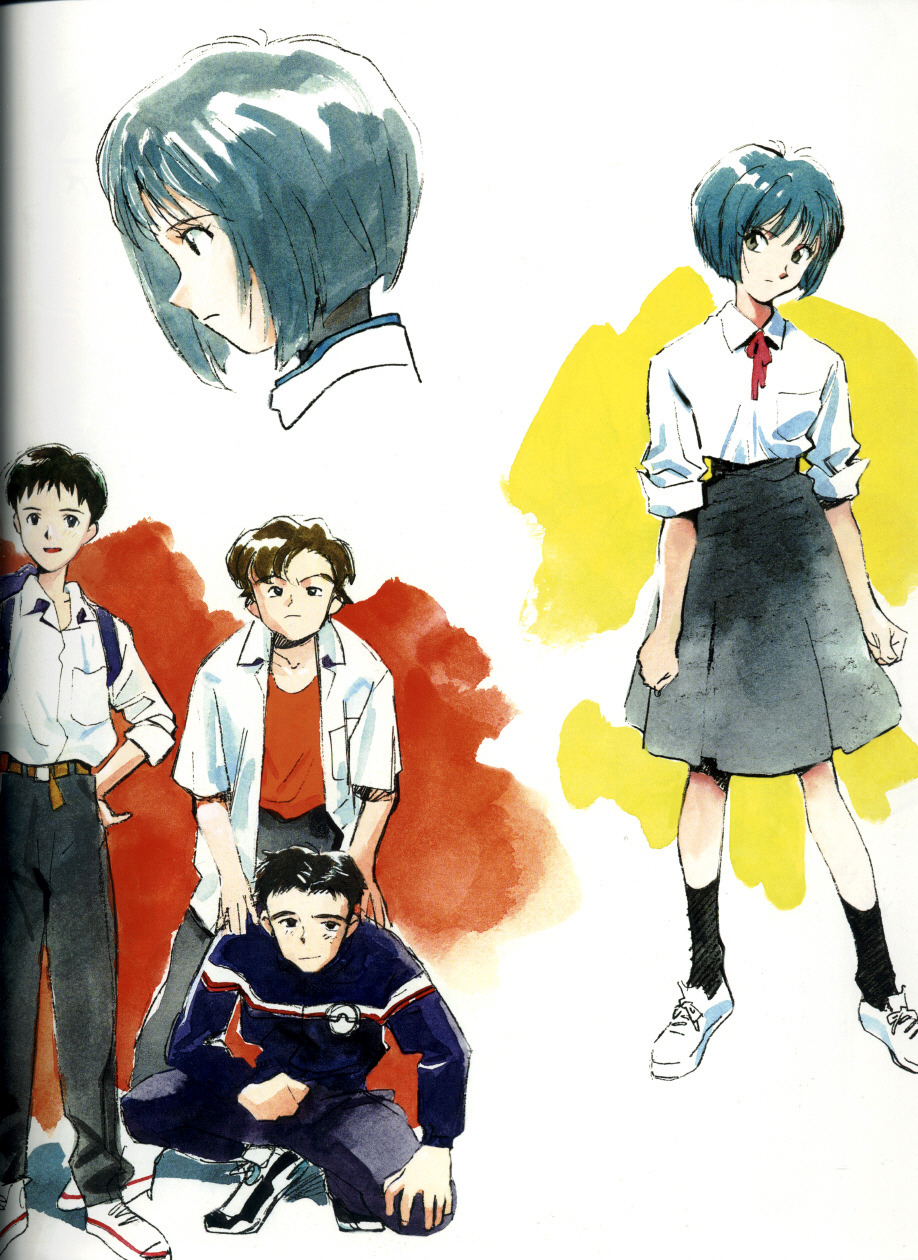 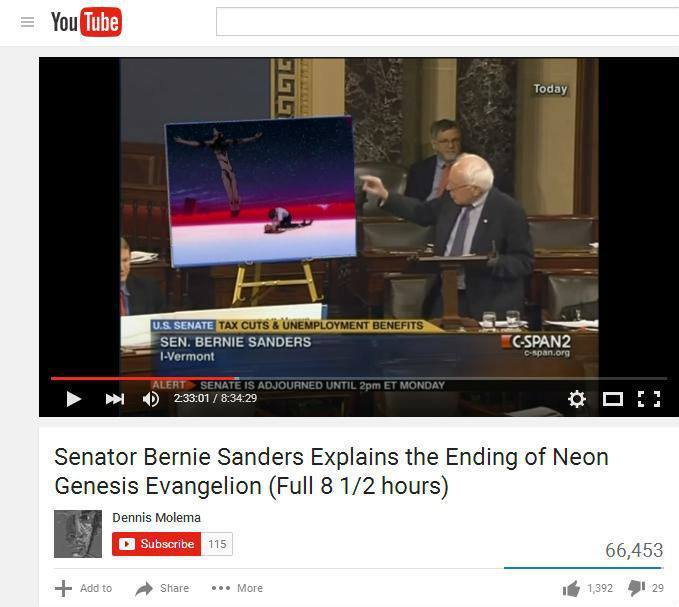 also just for the record the only eva I like is the ADV dub of the tv series, none of this shitty Netflix dub or remake movie crap 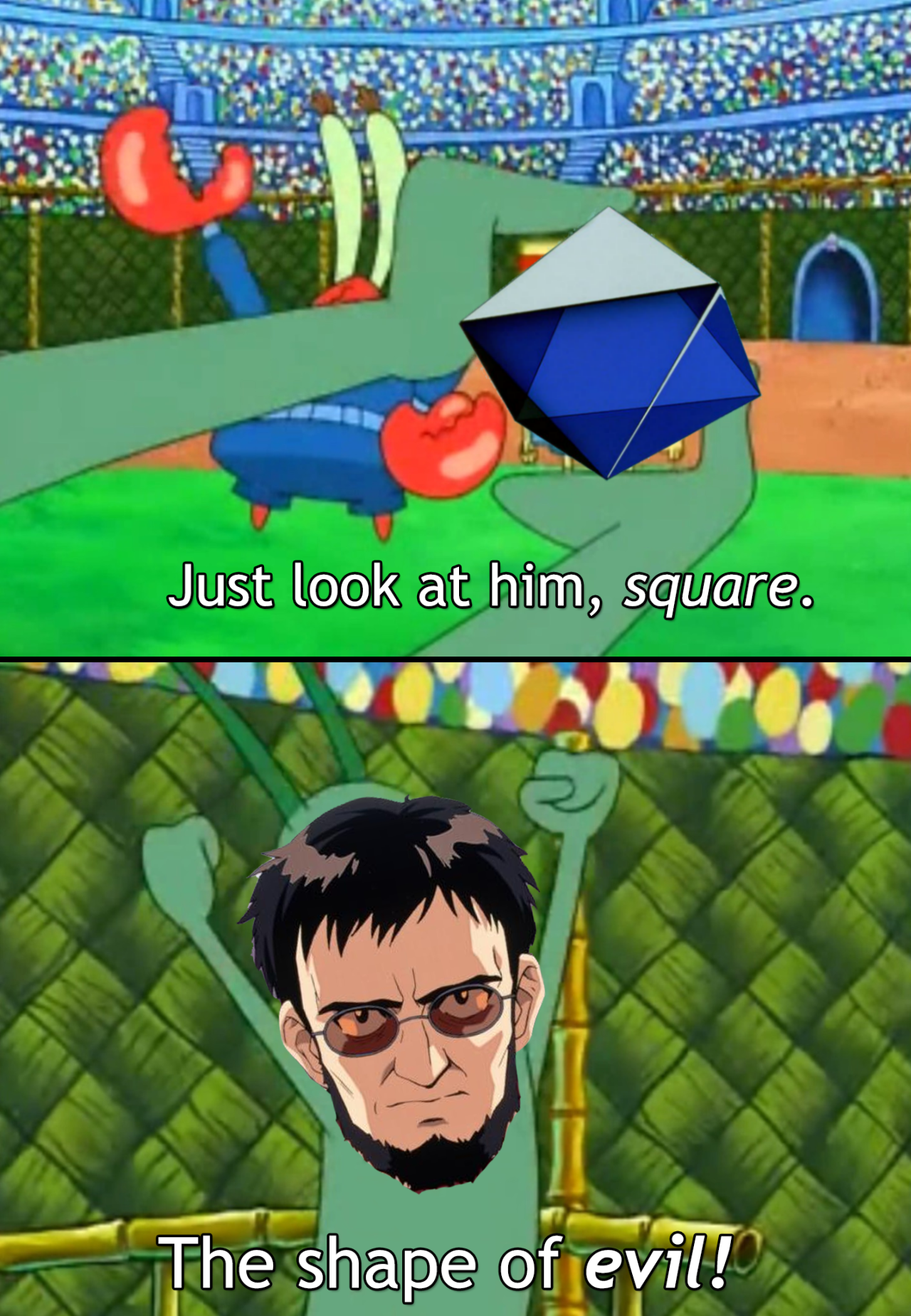 If you’ve watched Evangelion, the thought “What in the living HELL is Instrumentality, anyways?” We’ve all been there- and hopefully I can clear some of these things up.
Ok, so the basics first- what is Instrumentality? Well, at it’s roots, it is a plan to combine all of humanity into a single, consummate hivemind of a being. Instrumentality is caused by an Impact, which is (once again, at its most basic) the collision of a being derived from Adam (the Angels and all Evangelion but Unit-01, including the Mass Production Eva) and a being derived from Lilth (the Lilim/Humanity, as well as Eva Unit-01).
Eva’s mythology tells us that in the beginning of the Universe, there was a perfect civilization (the First Ancestral Race, or FAR) on the verge of collapse. They separated out certain aspects of their society into so-called “seeds of life” and scattered them across the universe- but somehow two seeds landed on Earth. Adam, the “Fruit of Life” which held immortal beings, landed first. When Lilith, the “Fruit of Knowledge” which held intelligent beings later crashed into Earth, the contact between the two caused First Impact. All that we really need to know about First Impact is that it terraformed Earth to suit all of Lilith’s children- the Lilim.
In 2000, the Katsuragi Expedition was exploring in the Antarctic, finding and subsequently experimenting upon Adam. Adam awoke from his coma-like state, contacting the Lilim Humans and starting Second Impact. The scientists had enough sense to try and mitigate the damage and reduce Adam to his embryonic state, but the process of Adam terraforming Earth to fit his children, as well as his childrens’ awakenings, had already begun. The terraforming is what caused the natural disasters and eternal summer on Earth, and Adam’s brief awakening is what woke the Angels.
Now, to Third Impact and Instrumentality- where shit gets complicated. Impacts are, in a sense, preparing the Earth to hold a type of life form and preparing said life form to live on Earth- they often are referred to as “artificial evolution.” The fates that be had apparently decided that humans couldn’t evolve any further as individual beings and must become one- this is why the Third Impact triggered Instrumentality- humanity’s evolution.
Essentially, there were three different plans for Instrumentality and how this evolution should go competing for dominance.

Yui’s plan ends up prevailing- simply because Gendo, with all of his overzealous dedication to getting what he wants, plays right into it. Although Gendo owns all of the Evangelion, Yui has planted herself IN one- she has total control. She makes Unit-01 consume an Angel for its S2 Engine, (the organ that give Angels immortality) and takes control from Shinji whenever the Eva is threatened. This ensures that she has the ability to drift in space forever, watching- a god. So- Third Impact finally rolls about, after all this scheming from all fronts. Gendo plans to unite Rei (half-human, half-Lilith) with Adam’s embryo buried into his hand, but Rei rejects him. SEELE plans to use the Mass Production Eva and Unit-01 to bein Third Impact- which does work, until Rei-Lilith (who, arguably, is initiating Yui’s plan) hijacks the plan and gives Shinji and the rest of humanity control over their own Instrumentality. Thus, in the end, everyone gets to choose whether they want the fate of destruction or the joy of rebirth. 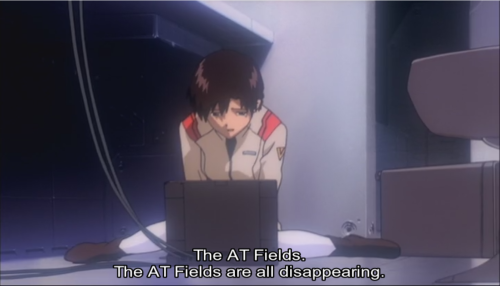 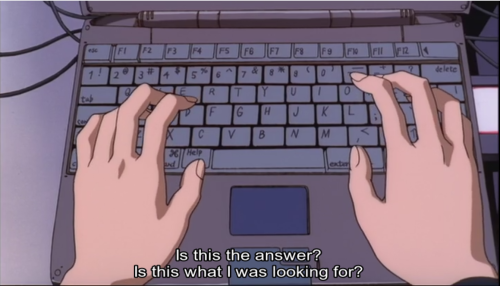 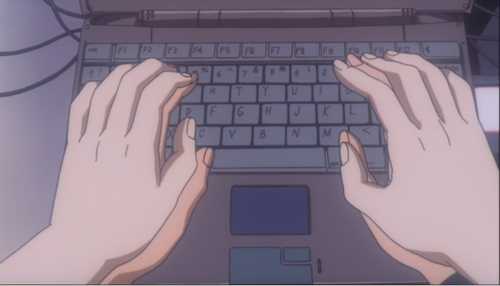 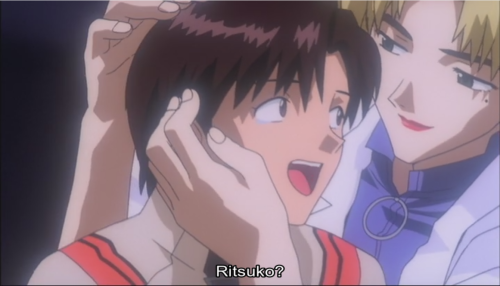 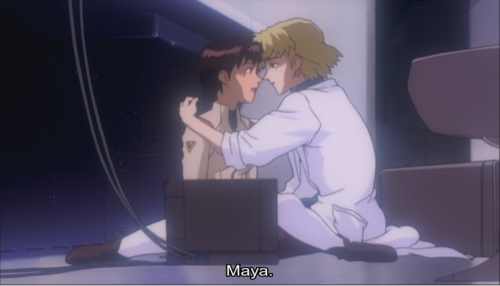 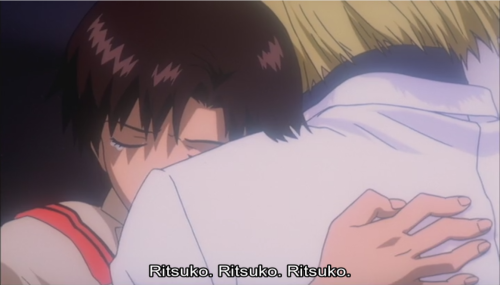 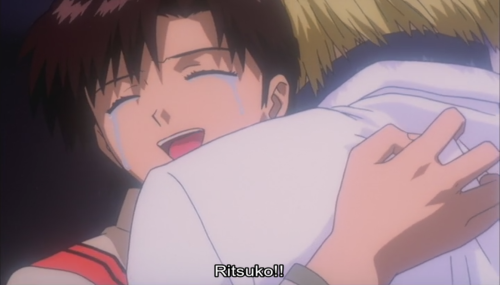 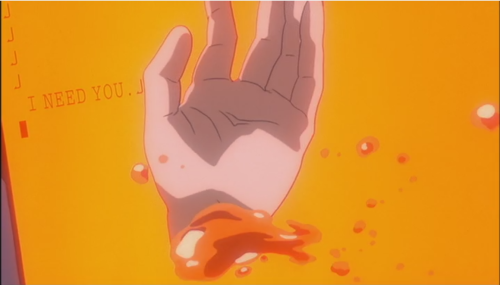 I think this is honestly my favorite part of the entire Komm Susser Tod sequence mainly due to the fact that the world is ending and Maya (like anyone realistically would be) has been freaking out the entire movie leading up to this point under her desk and finally the one person she respected/looked up to shows up to her and she just enters this absolute state of relief and in a sense happiness and yells out Ritsuko’s name and holds her tight before she becomes LCL. Like I don’t know why I love that part so much but I just do. Maybe because she in a sense gets some peace even though she was such a minor character. Maybe that’s why I just love the whole Komm Susser Tod Sequence in general.

“What does it mean to pilot Eva?”
Every time this question comes up in the series I think less about how Rei, Shinji, and Asuka feel about this and more about Kensuke and Toji. Sure Kensuke isn’t a pilot but he seems to be the only one in the series who wants to be a pilot and thinks he would be up to the task. I find it interesting how he’s the military enthusiast, but he’s also pretty realistic and perceptive compared to the other kids. Though he also has a bit of the military idealization going on as well.
Then there’s Toji who gets to be the fourth briefly and from the start he’s reluctant and doesn’t want to do this. He does it to protect people and for his little sister but you can tell this isn’t him at all. He may be stubborn but he does have a good heart.
I feel like these two need to be considered every time piloting eva is brought up and their dynamic is important.

Too many people only seem to appreciate the Evas as “mecha” when they are in fact 100% monster.
Evangelion is a series about titanic Frankensteinian abominations forced to defend the earth from cosmic horrors. There isn’t even one “robot” in it.
It’s an awesome and pants-shittingly terrifying revelation when they explain the armor isn’t to protect them- it’s to cage them.