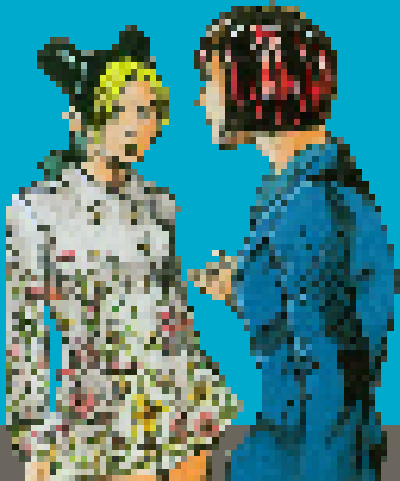 Okay, so hear me out: a mystery/adventure game set in the JoJo×Gucci spinoff verse. Buccellati and Abbacchio are Interpol agents who investigate animal smuggling and art theft, with Jolyne as the new recruit and Rohan as the nosy mangaka who butts in on cases. 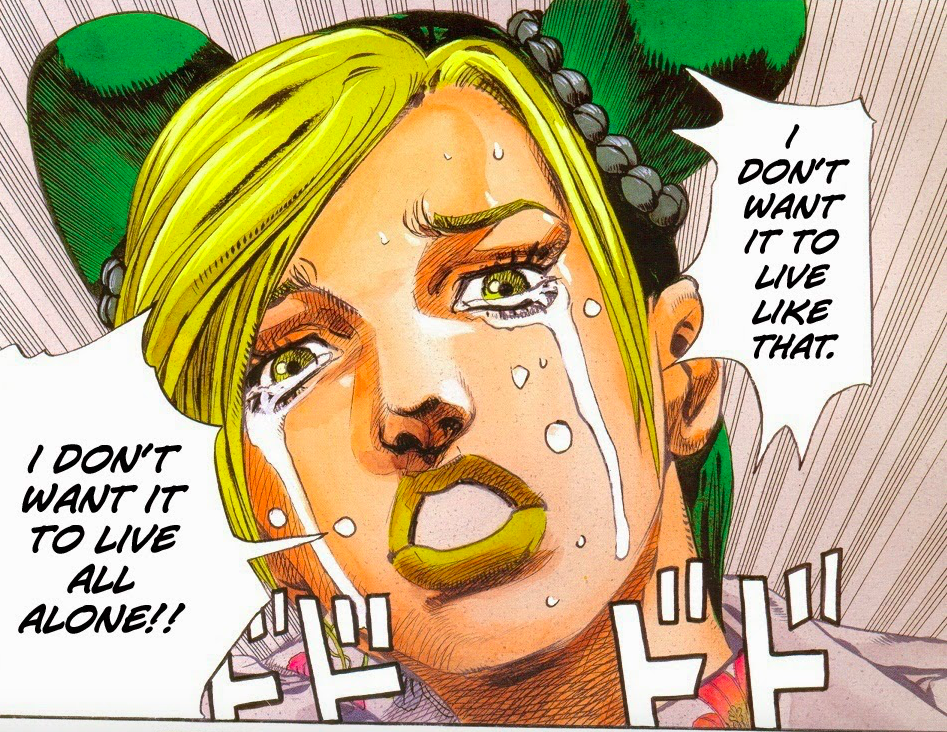 I have to say, like, we don't know if Gucci-verse Jolyne ever had any problems with the law. I prefer to imagine that it's a universe where Jolyne grew up normal and there was absolutely no Joestar stuff (also, maybe Jotaro moved back to Tokyo or died? because why else would Jolyne be traveling to live with relatives in Japan, assuming that that isn't part of the dream too). But this one panel. I just; maybe it's a shout out to the main universe, maybe not, but this part makes believe/imagine that perhaps parts of main verse Jolyne somehow influenced this Jolyne, and this is main verse Jolyne's true feelings or something.
I don't know, I just like to imagine that main verse/'real' Jolyne somehow lives(/d) on in this Jolyne. 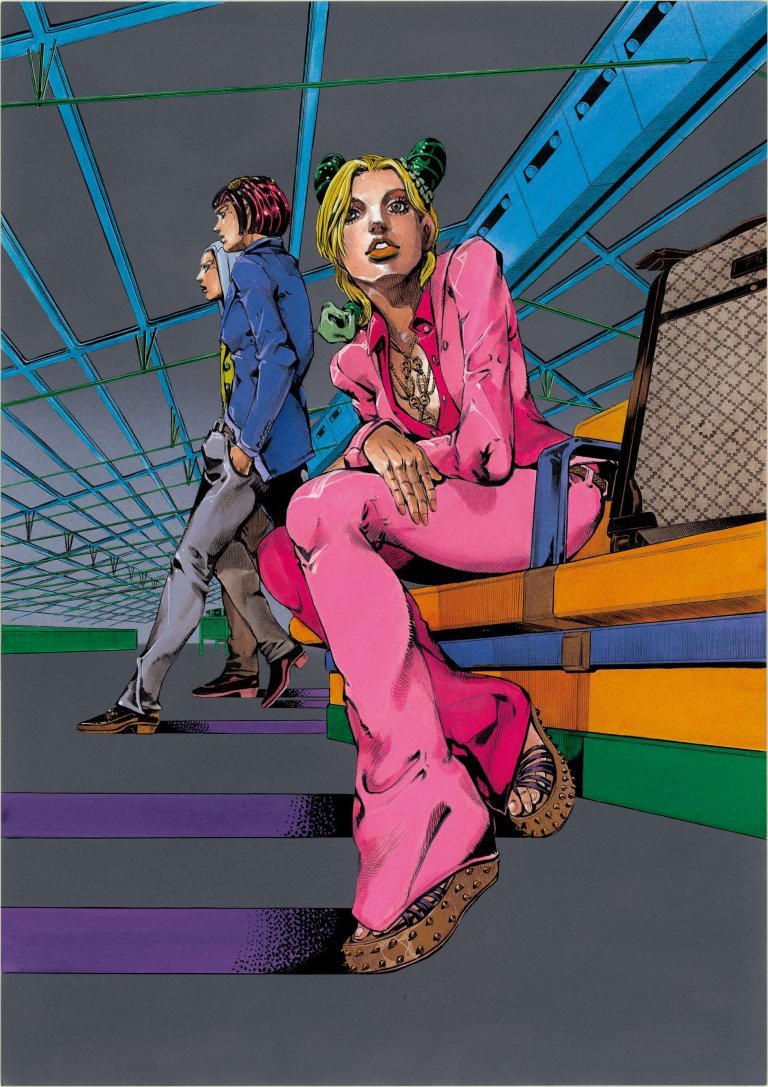 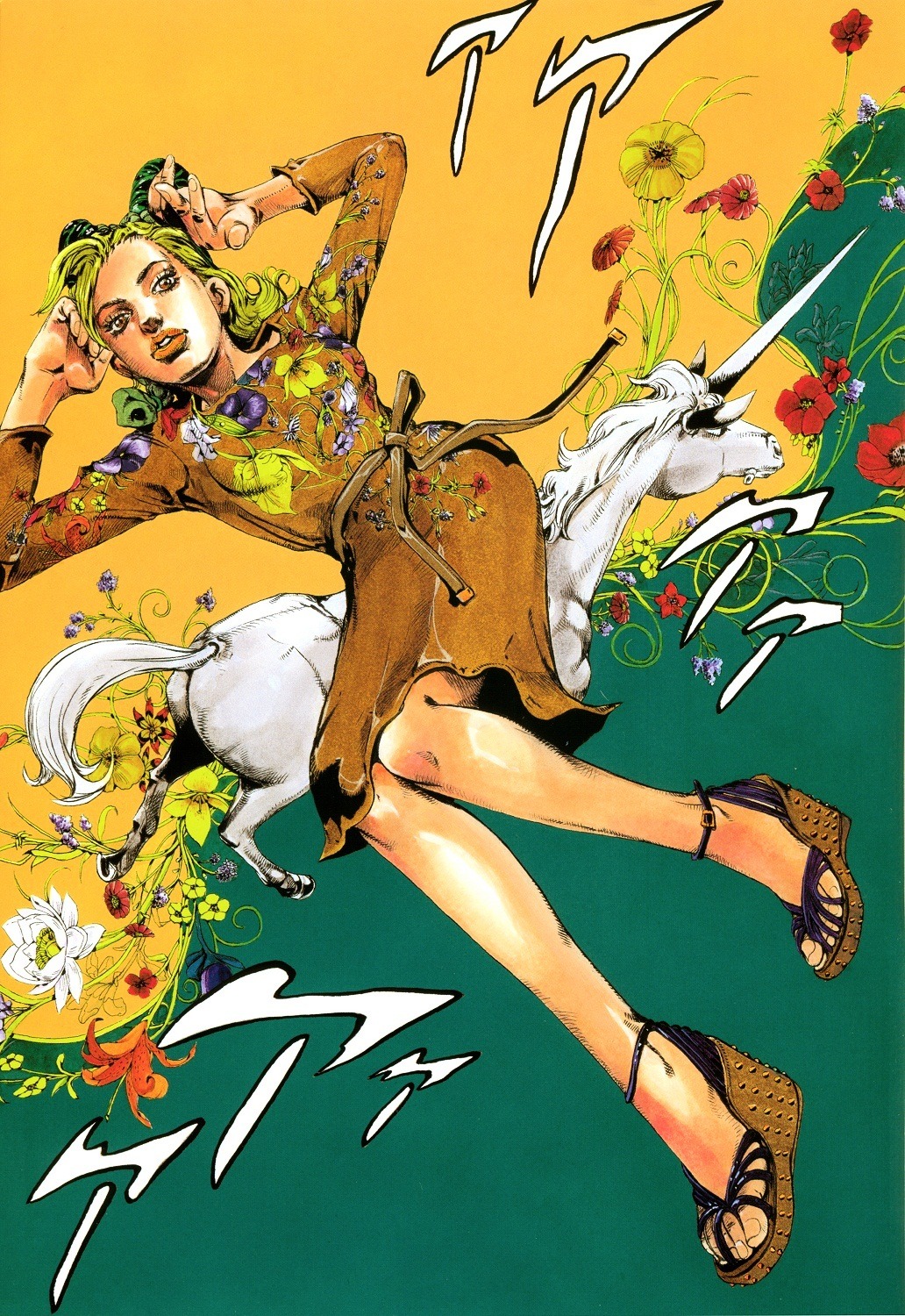 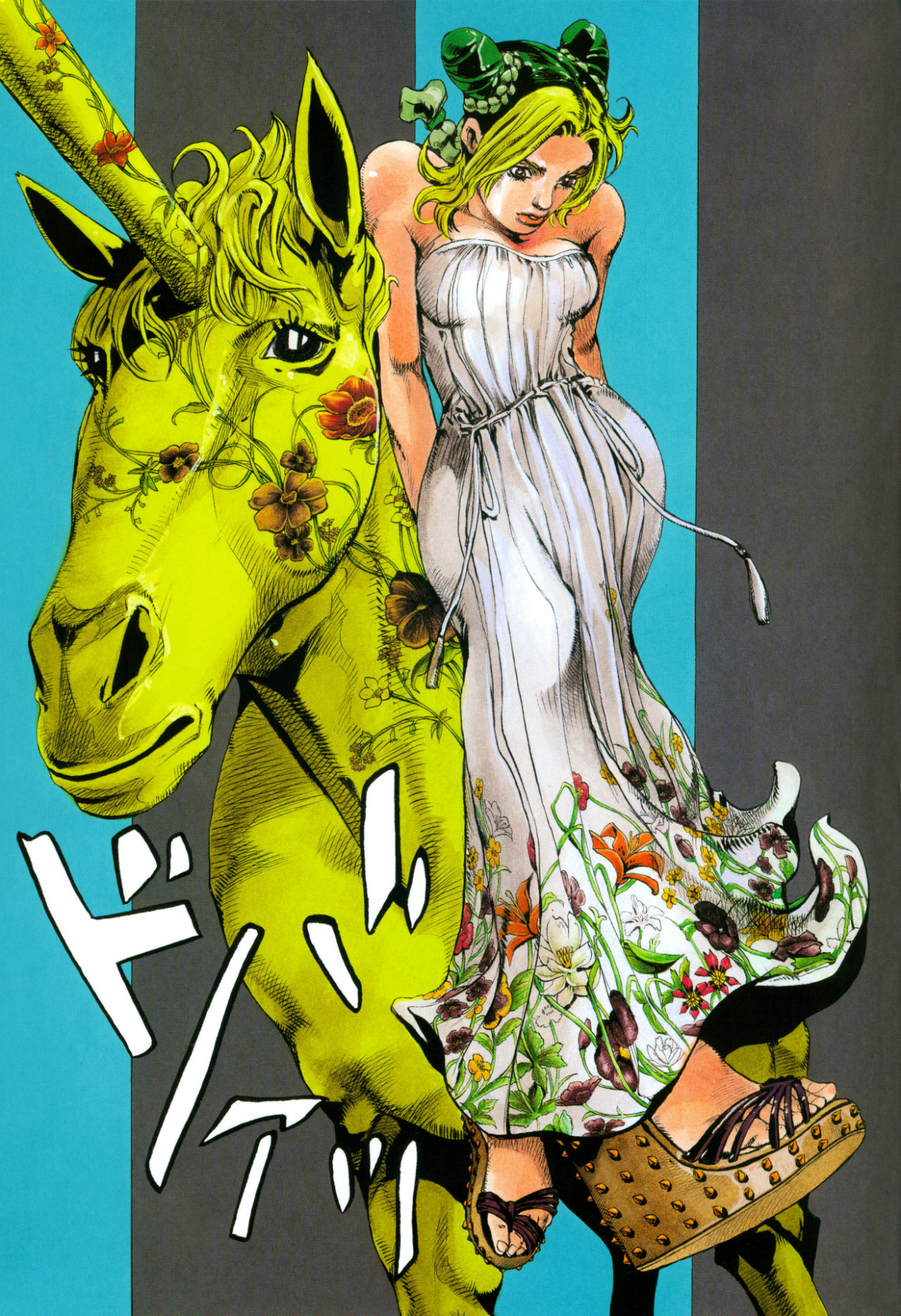 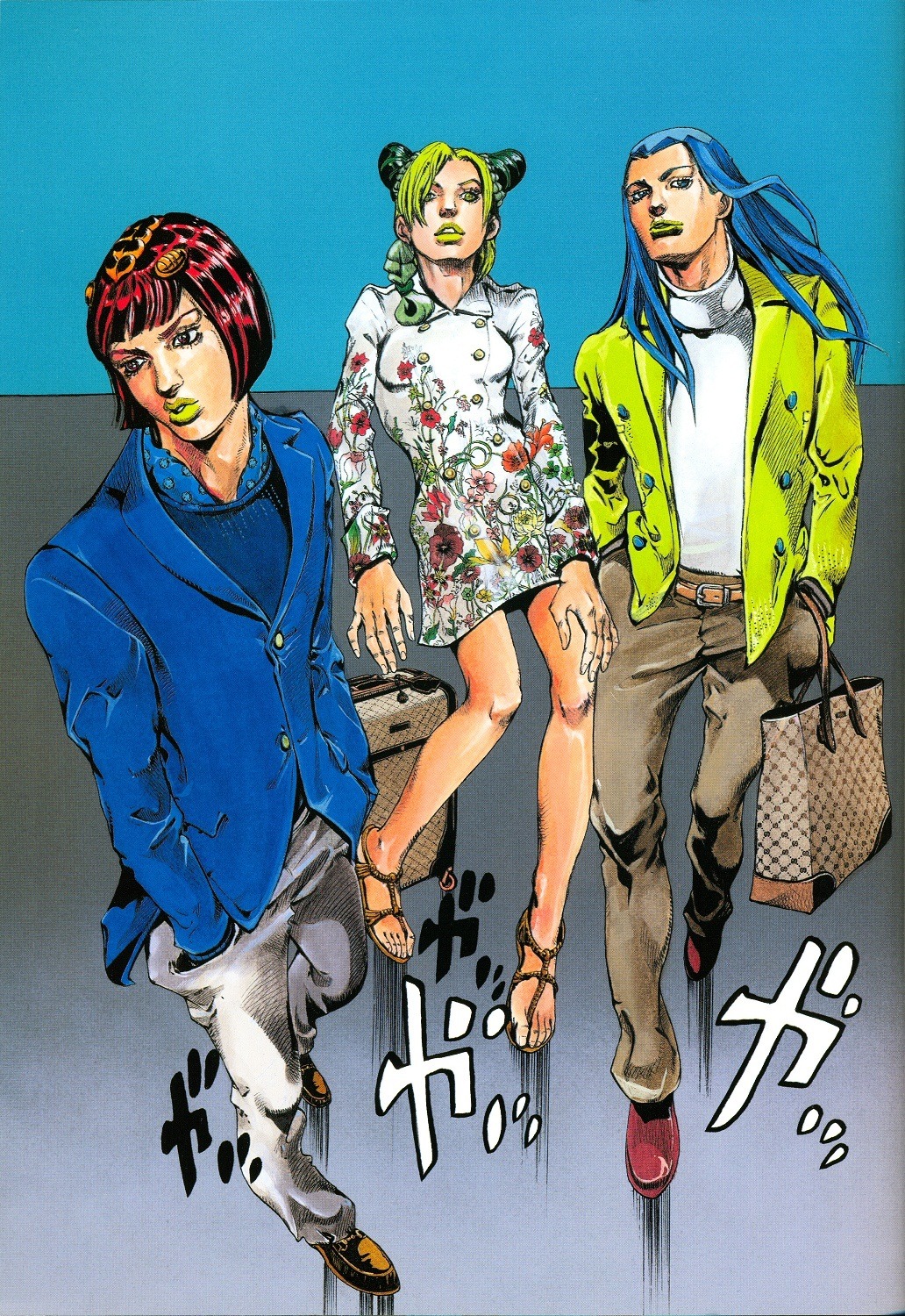 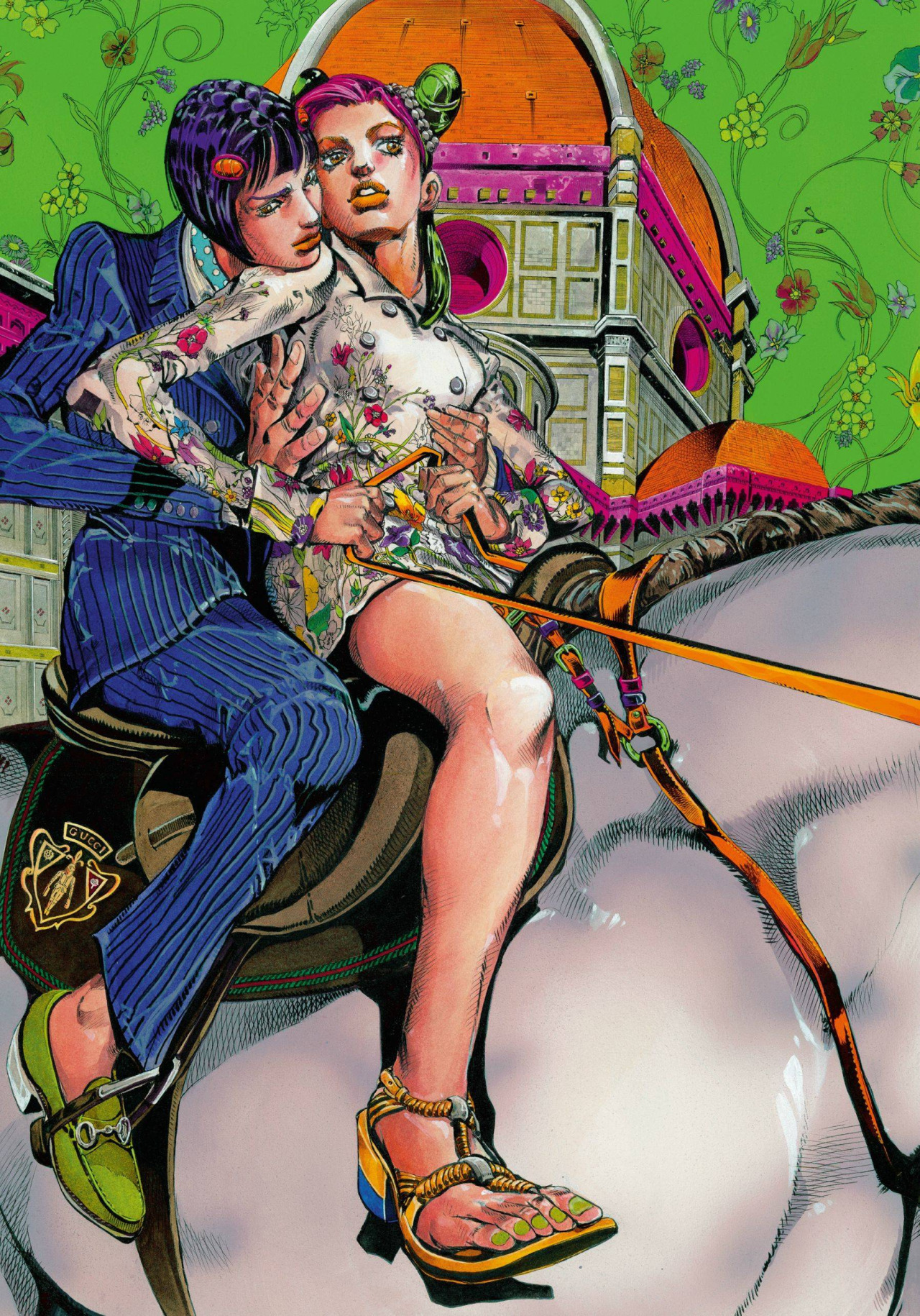 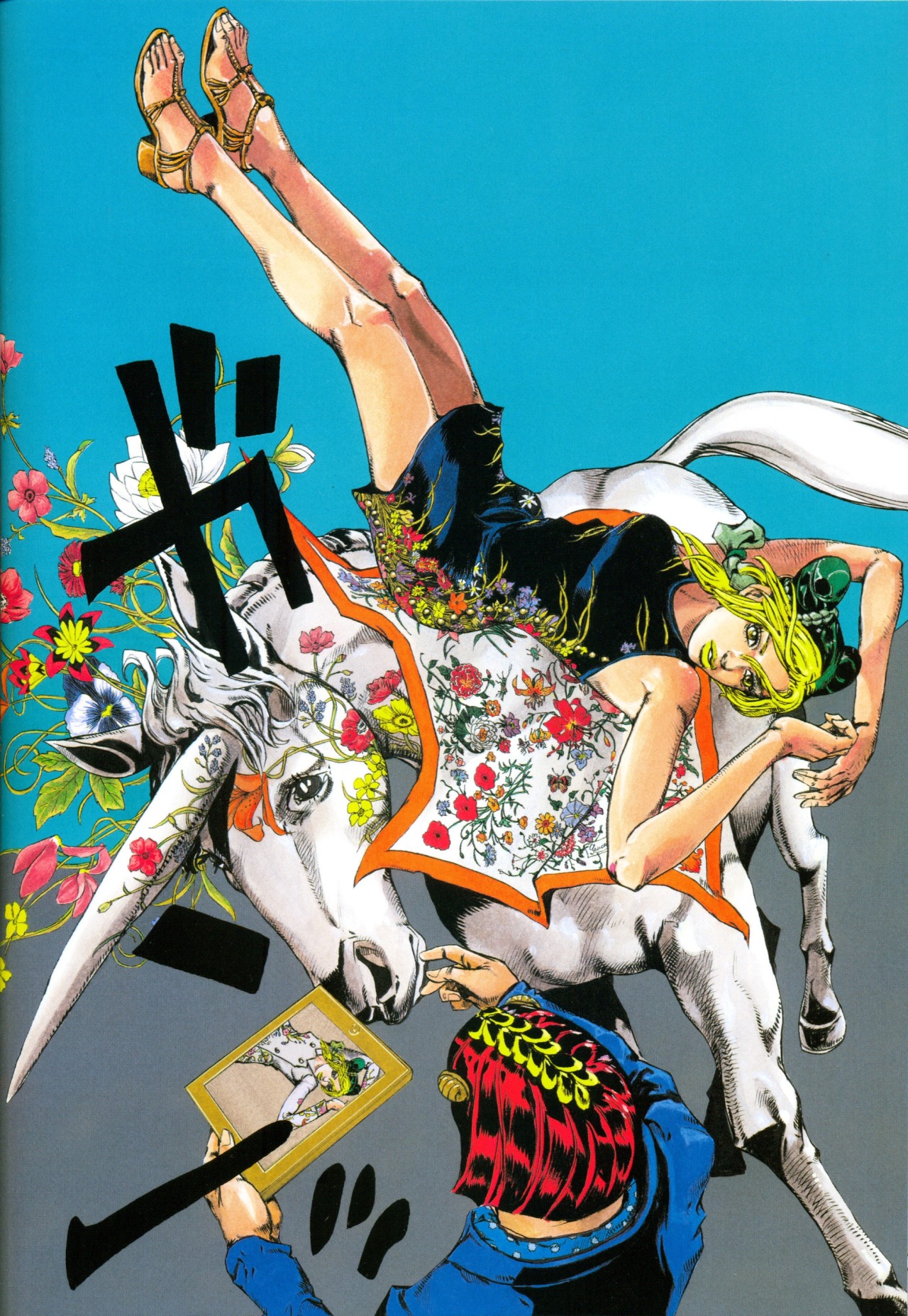 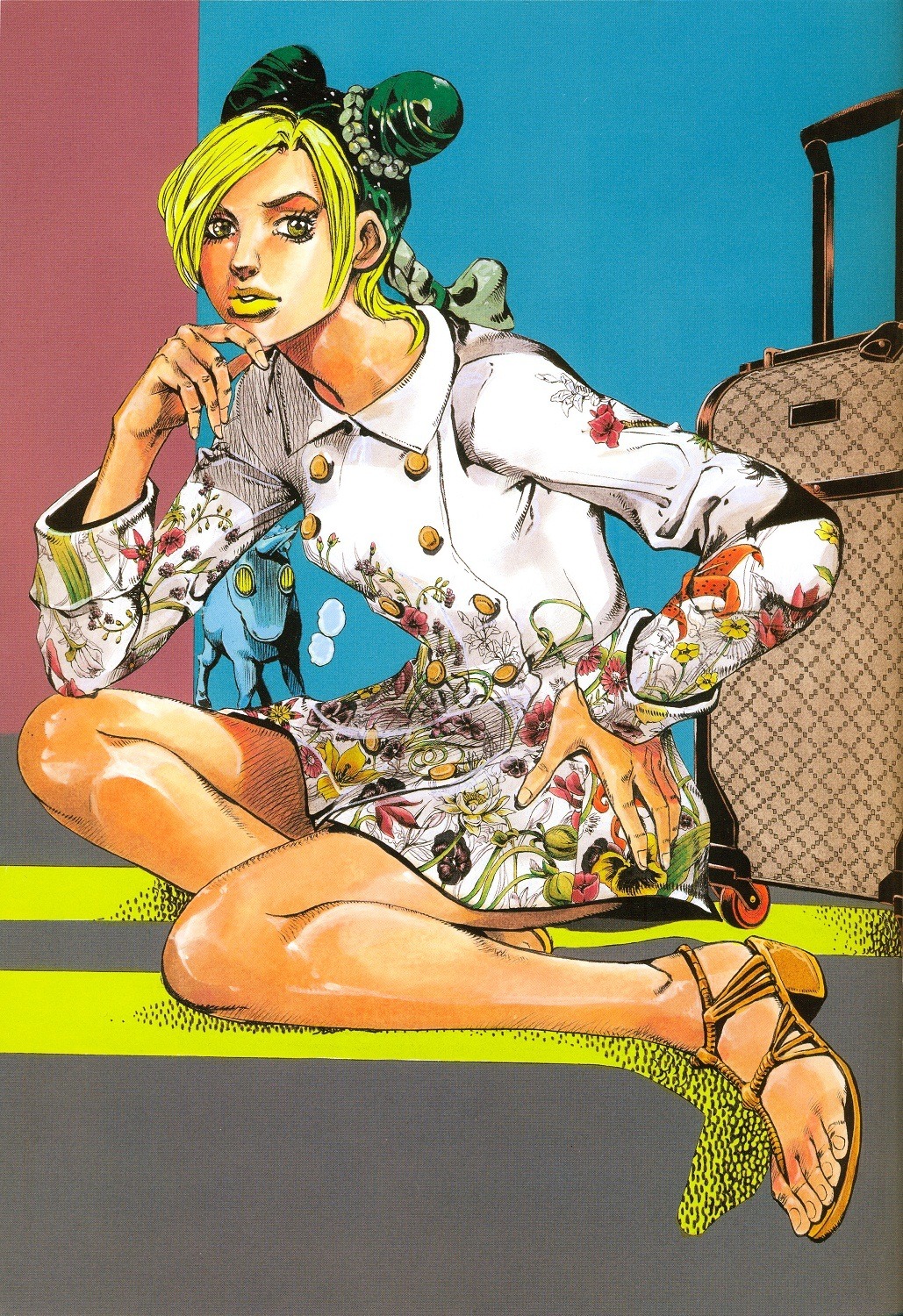 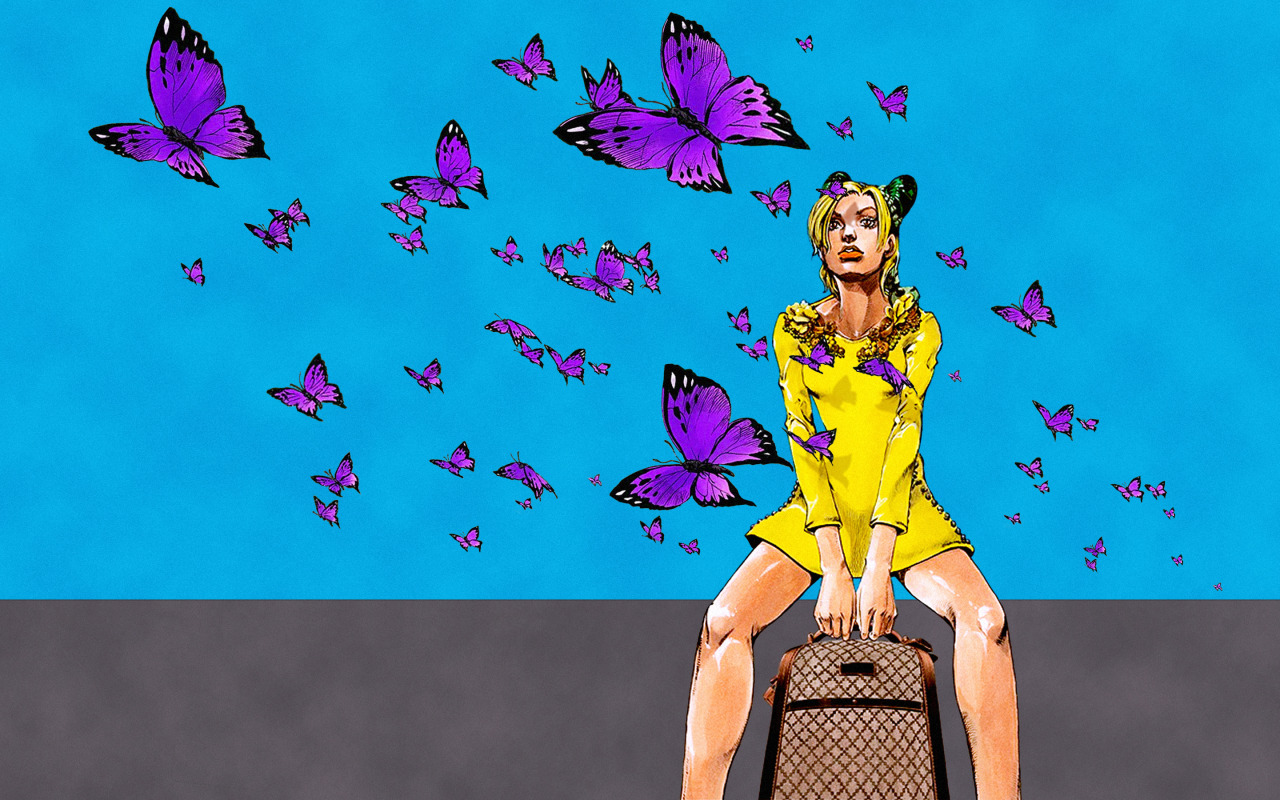 The first time we see the panel with Jolyne, Buccellati, and Abbacchio, the latter two are wearing the same color lipstick.
The first panel of the actual story, Abbacchio goes into the restroom and comes back with dark blue lipstick and this can only mean that the whole reason he went into the bathroom was to apply a different color and this feels like a very Canon Thing He Would Do. 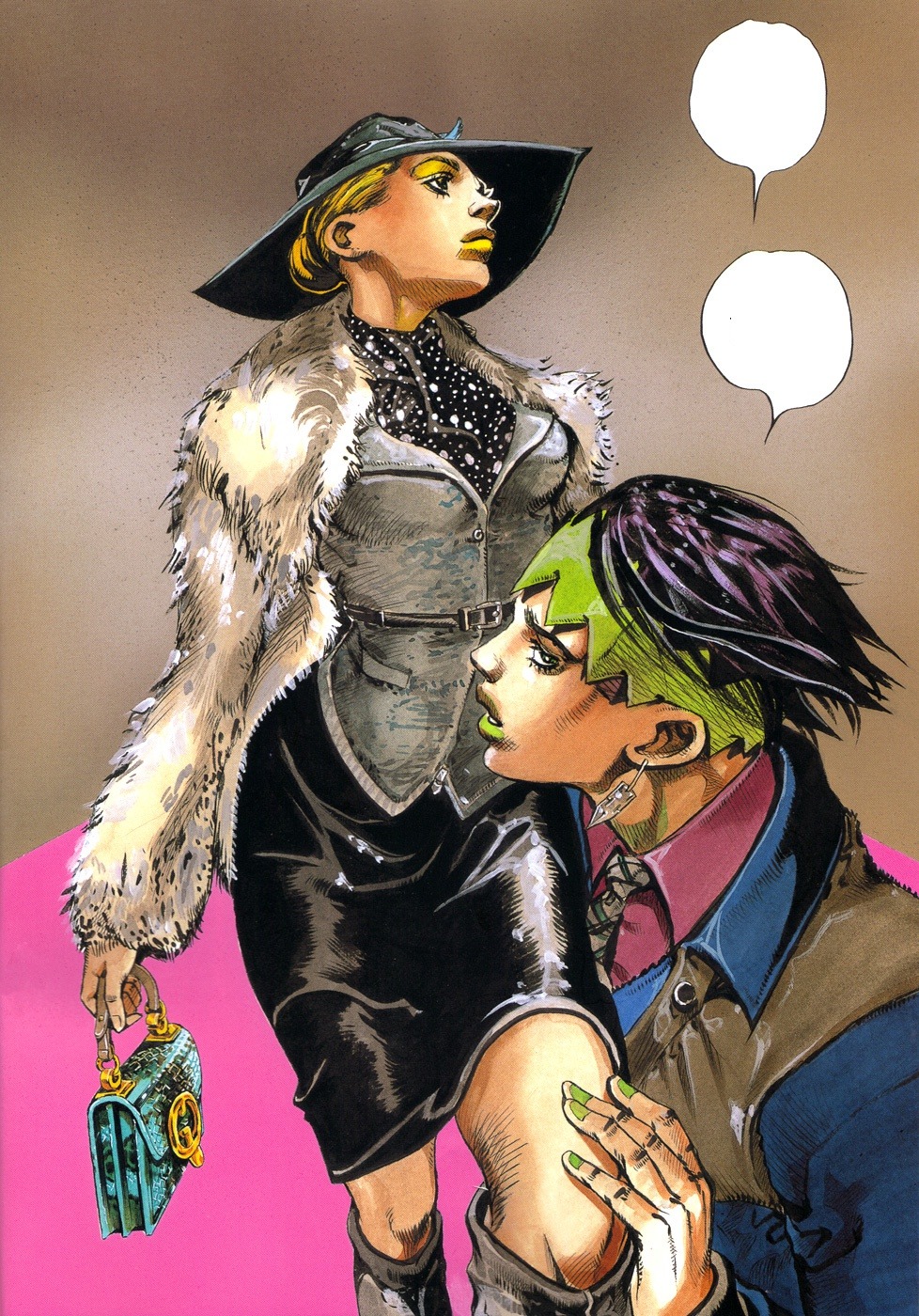 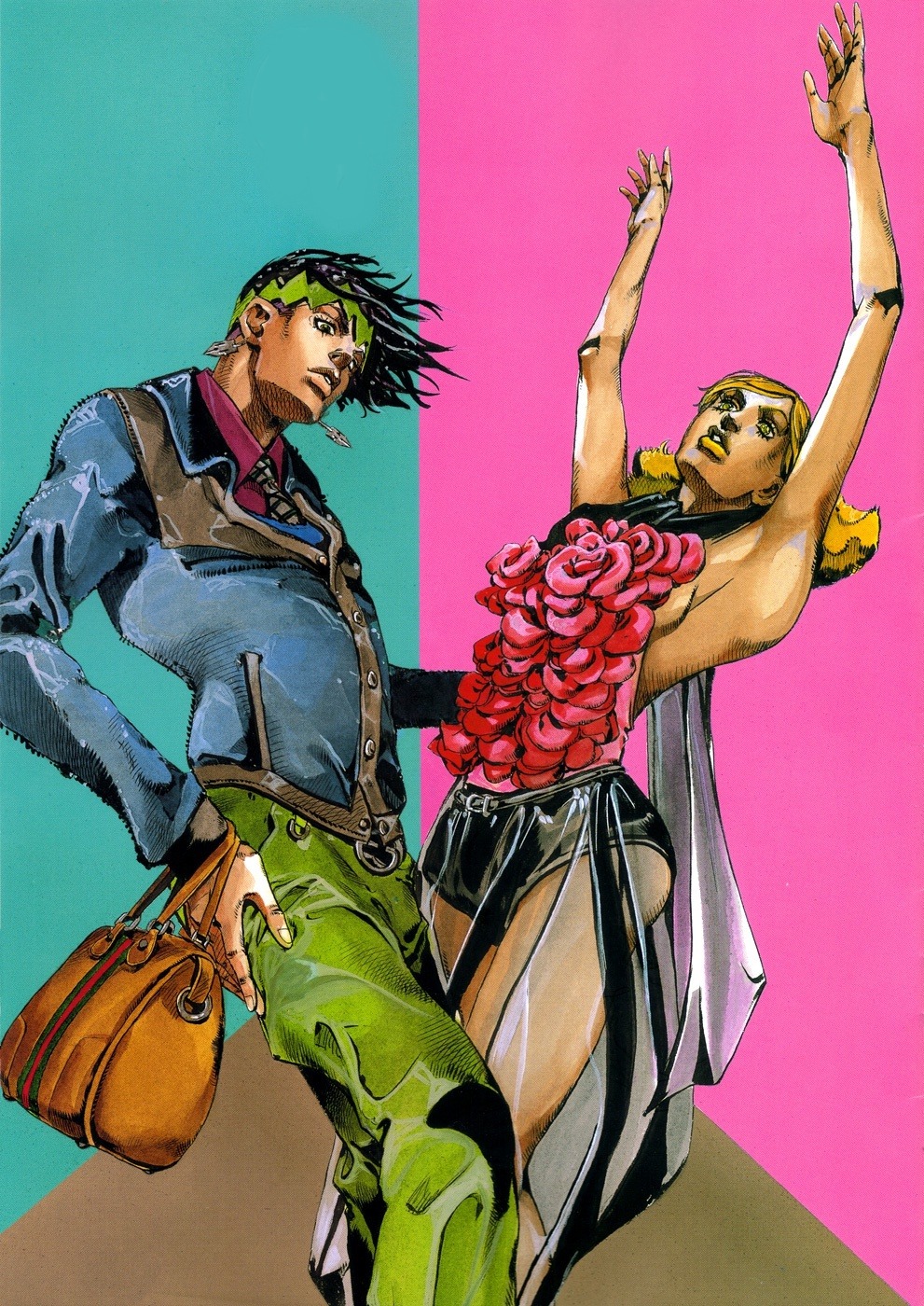 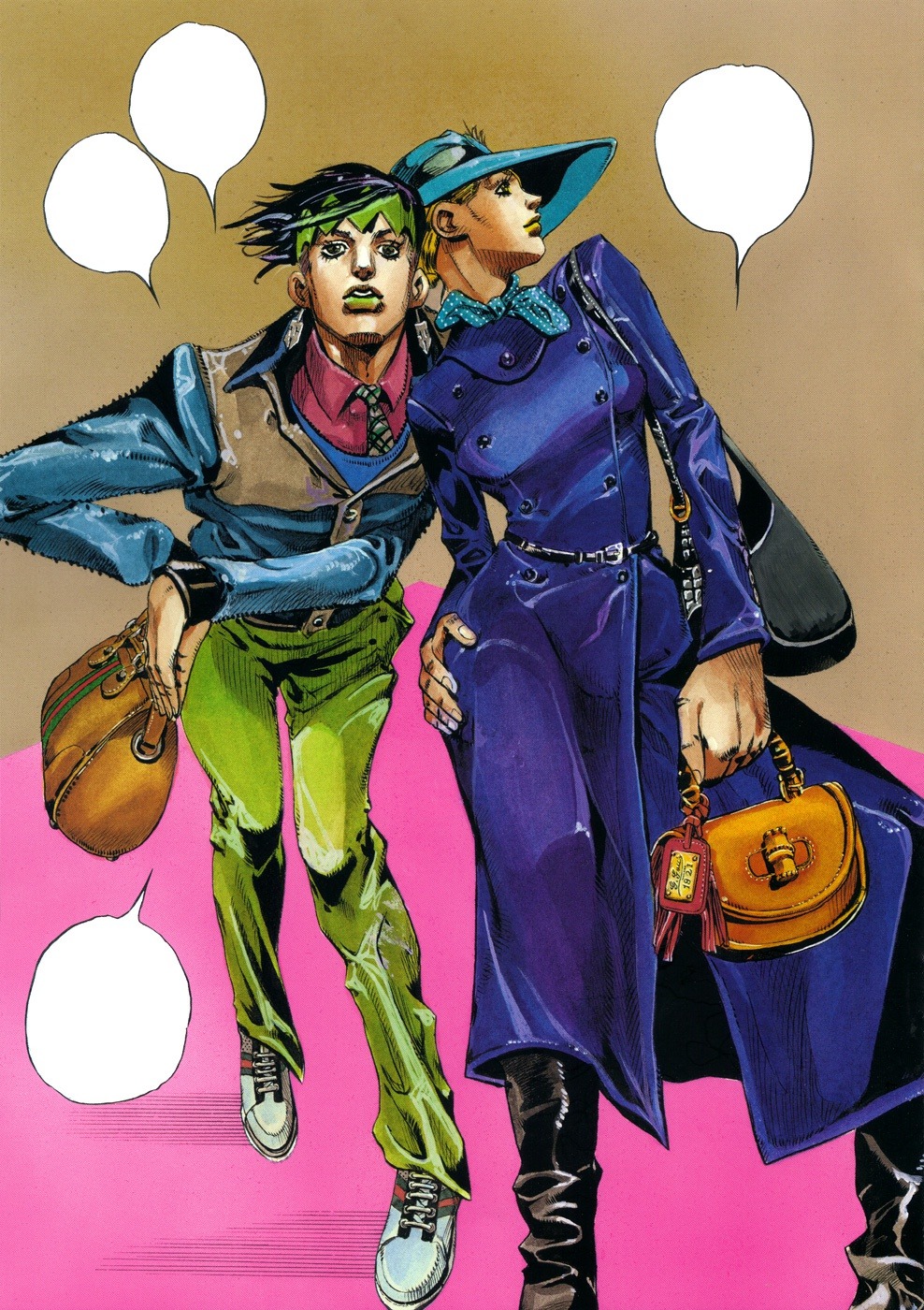 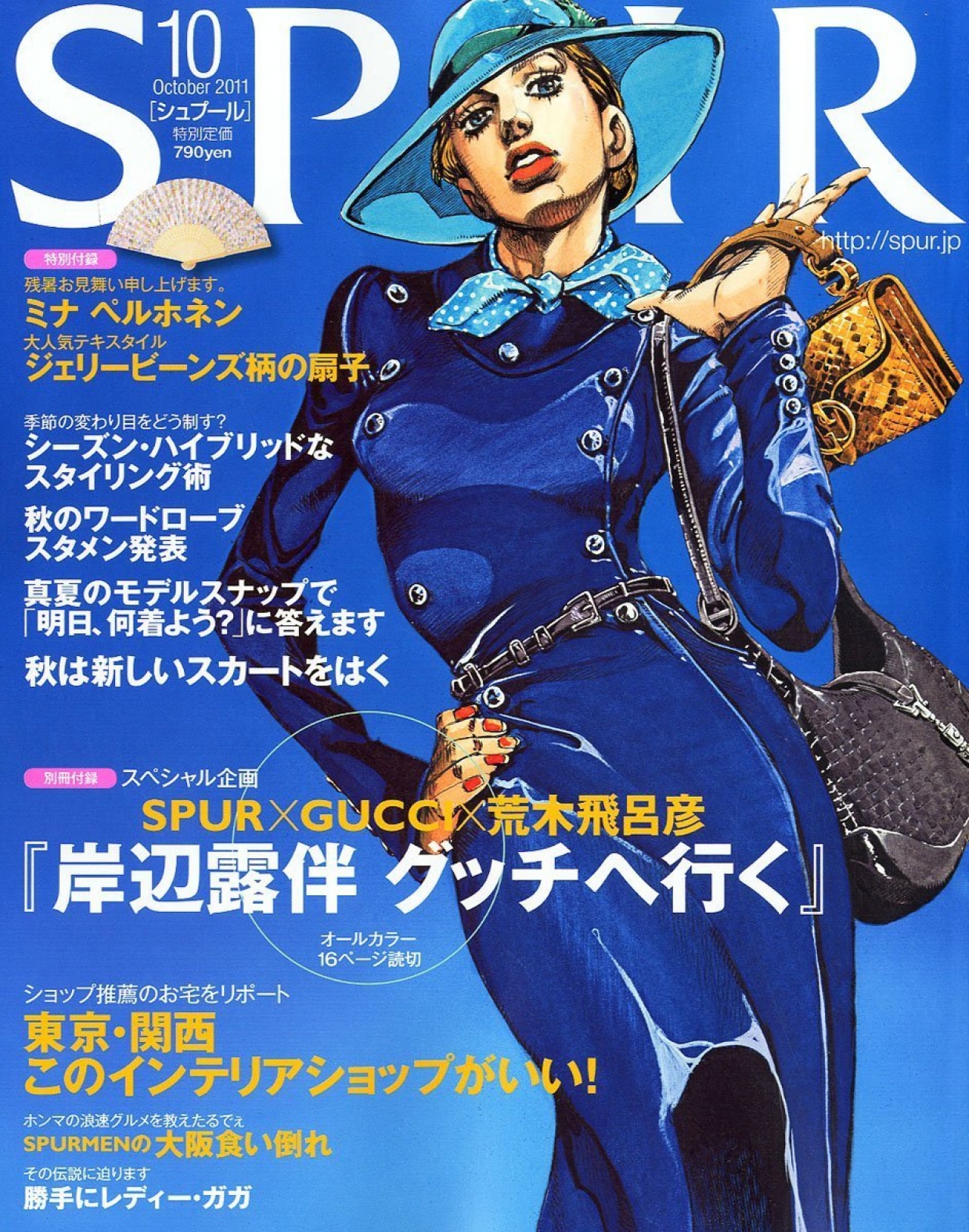 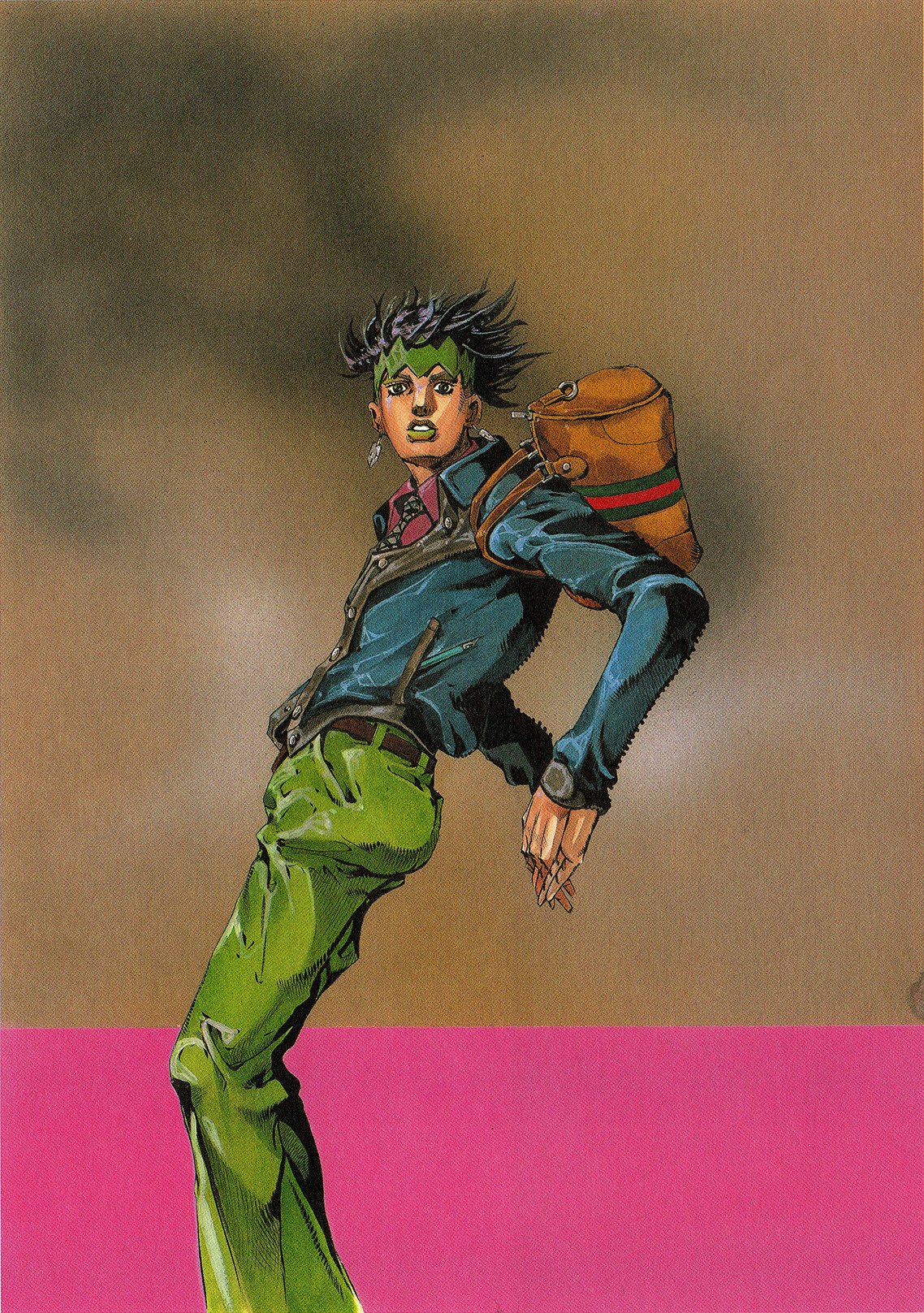