> CSI was one of my first fandoms, and is still close to my heart, even years after it ended and even longer after I stopped watching. I still have all the side story novels and the first season on Blu-Ray, and I'll even occasionally watch episodes dubbed in French. I stopped watching, mostly, after Grissom left and Warrick died, though I'll admit that I enjoy a few of the Langston episodes.
This page won't be as big as the others, but I still want to keep some parts of me. 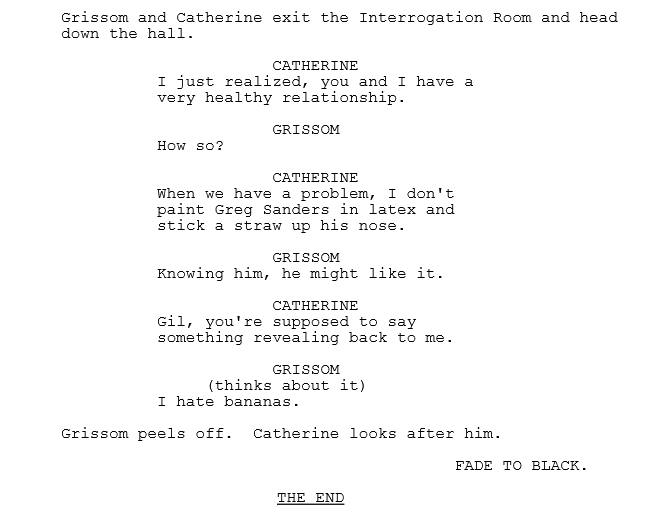 If I bring up CSI I mean Vegas, actual CSI, not NY or Miami. I swear, Vegas came first and Vegas will always be THE CSI

I hope you had your Hepatitis B shot. …Did you?!

"There’s three things I got a real problem with: guys that hit their wives, sexual assault on children, and the scum that deal death to kids." -- Gil Grissom 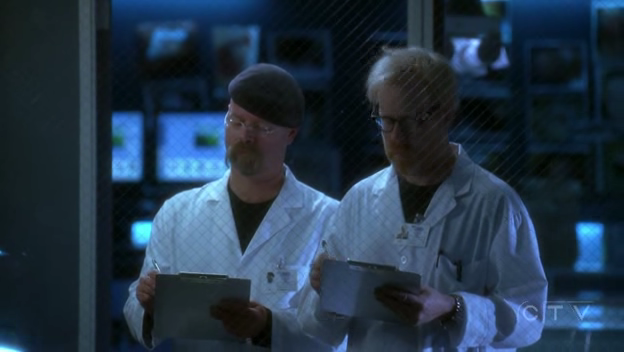 Warrick: Who brings a gun to a knife fight?
Gil Grissom: The winner? 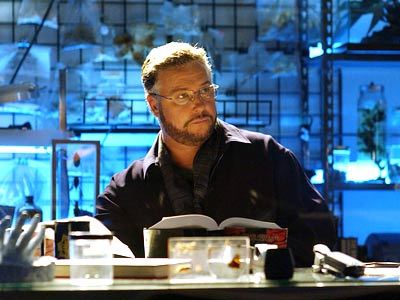 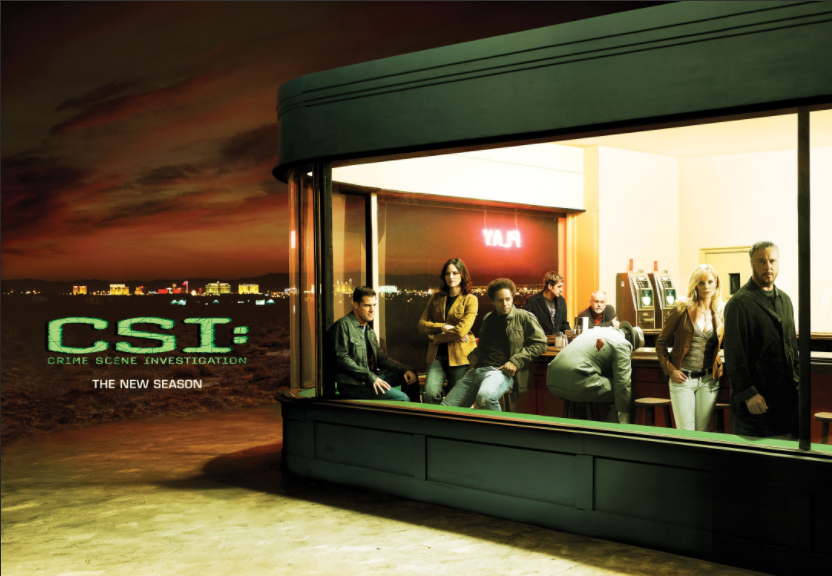 anybody seeing grissom’s office for the 1st time: jesus f christ is this your office? for real? how? why? is everything okay? are you being punished or held against your will? or is it halloween already? wait… do you moonlight as a serial killer?
grissom (glancing at favorite radiated fetal pig and assorted dead things floating in jars, framed insects and live maggots feasting on his latest experiment, his pet tarantula napping on the shelf, the blood and various gory tissue samples, skulls and miniature skeletons, books on every gruesome subject imaginable, x-rays and murder scene photos scattered around, all bathed in soft gloomy lighting): 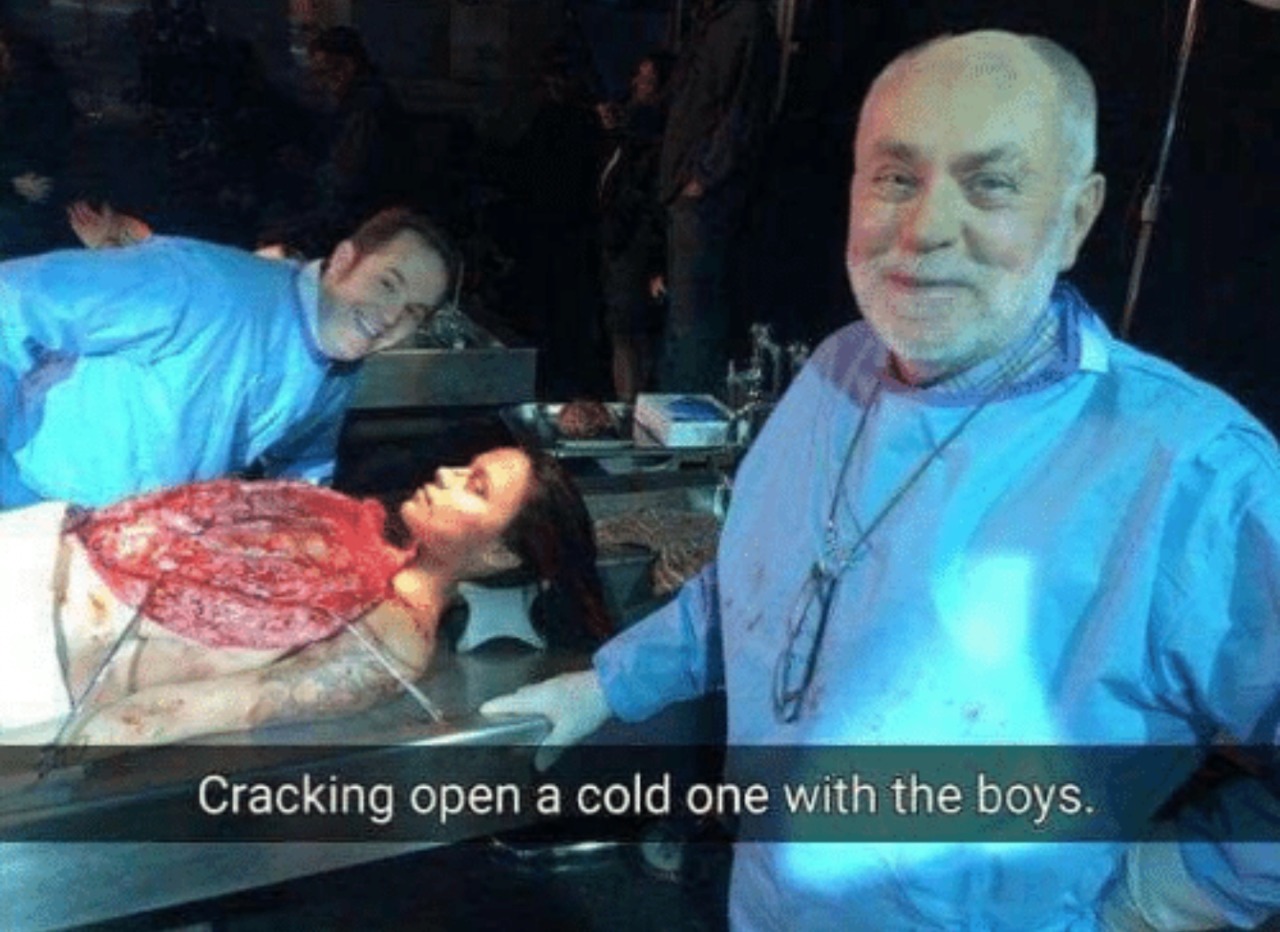 My number one favorite episode is 7x03, Toe Tags. 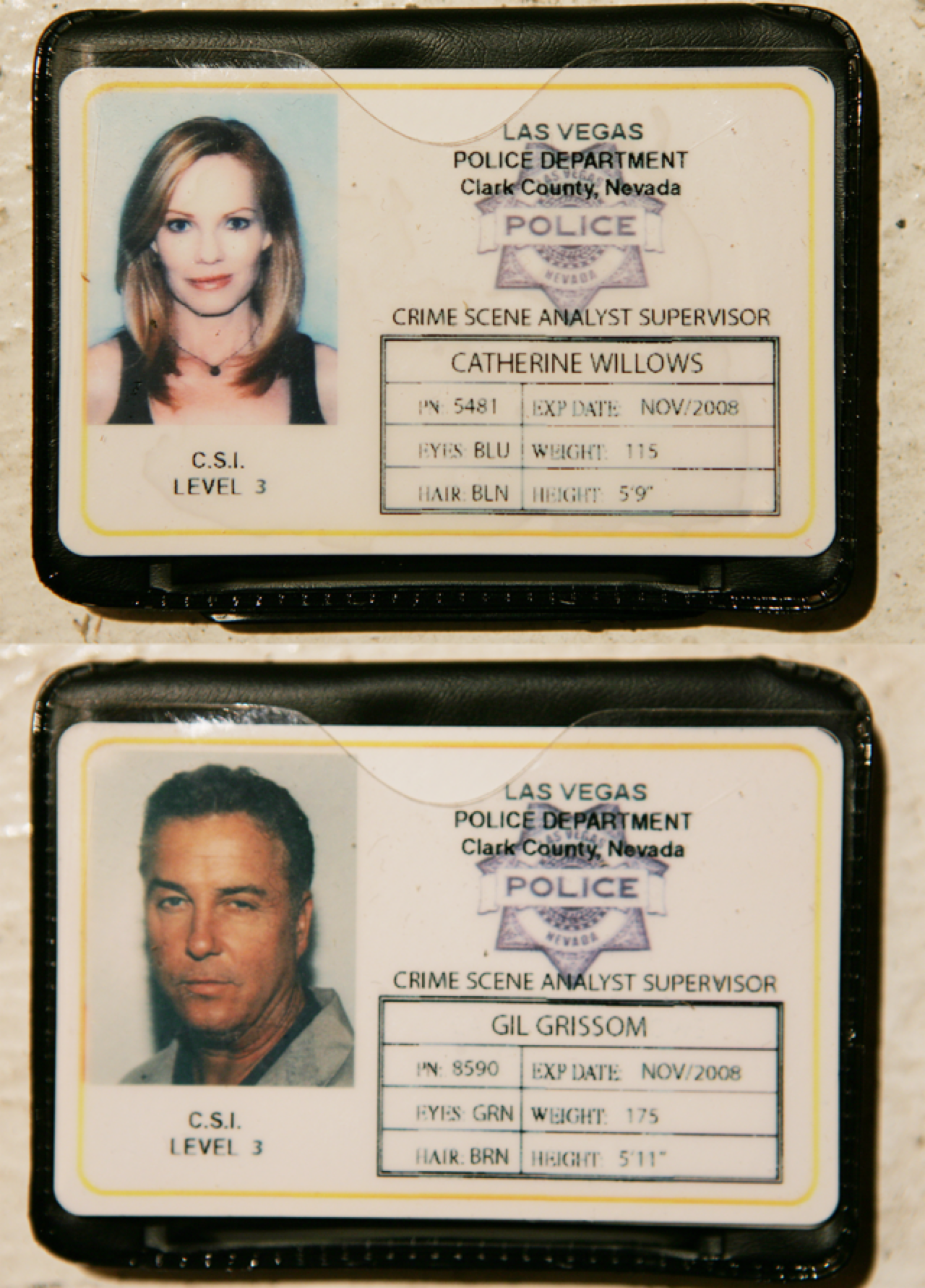 You’re an outsider. That’s why I trusted you.

First of all, I would like to say that Greg Sanders is undoubtedly bisexual and has had many relationships with all genders. It just seems strikingly obvious to me, and I feel that if there had been a queer main character in CSI, Greg would have been it. (Sara is also bi, and they’re wonderful bi friends.)
Also, Catherine Willows and Julie Finlay should have been gay. They would have both been prime examples of gorgeous hard femme lesbians, and we all know that a wonderful, healthy, queer relationship would have been much better for Catherine than the mess that her daughter’s father was.
I think that Nick Stokes could have been a trans man. That would have just been a nice addition to his character traits, and trans people are so underrepresented.
As for Grissom, I think he’s probably demisexual, and I think he’s also probably had romantic relationships with men in the past. (I also like to headcanon that he is autistic.)
Also, there’s no way that DB’s straight. He’s just not.
I headcanon Riley Adams as nonbinary. No particular reason, I just like the idea.